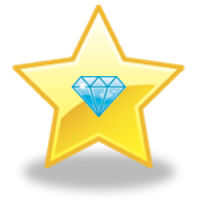 February 25, 2013 (San Diego)--SANDAG is seeking nominations for the iCommute Diamond Awards, which recognize individuals and organizations for promoting and adopting sustainable commute choices, such as taking transit, carpooling, and teleworking. Nominations are due by 4 p.m. PST, Thursday, Feb. 28, 2013.

Diamond Awards winners reduce greenhouse gases and improve mobility by helping people get to work or school without adding traffic to the roads and freeways. This is accomplished by promoting alternatives to driving alone, including vanpooling, carpooling, walking, biking, taking transit, teleworking, working a compressed workweek, or a combination of these. Some organizations also provide incentives, subsidies, or pre-tax deductions to their employees to support their participation in eligible programs.

Self-nominations are encouraged, and there is no cost to apply. For more information on the Diamond Awards, or to review the nomination guidelines, visit 511sd.com/iCommute or call 511 and say “iCommute.”

Diamond Awards winners receive recognition in a regional newspaper ad, on the iCommute website and SANDAG Facebook page, in a SANDAG Board of Directors agenda, and mention in a SANDAG press release. Winners will be announced in March 2013.