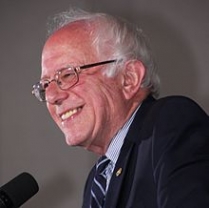 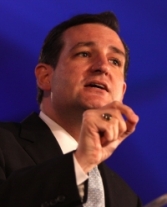 In the Democratic primary, Sanders beat former Secretary of State Hillary Clinton by 13 points,  56.6% to 43.1%.  Sanders picks up 48 delegates and Clinton 38.  Among pledged delegates chosen by voters, Clinton’s lead has narrowed to 1,280 to 1,030. She still enjoys a big lead among super delegates (469 to 31) but some could change their allegiances, has occurred in 2008, when  about a hundred switched from Clinton to Barack Obama.

Sanders has momentum, having won 6 of the last 7 primaries, all by large margins.

On the Republican side, Cruz trounced Trump by a 48.2% to 35.1%.  Cruz picks up 36 delegates and Trump just 6. Kasich got 14%, falling short of getting even a single delegate. The odds are looking increasingly strong that neither Trump nor Cruz will have enough delegates to win outright on the first ballot at the convention. On a second ballot, delegates would be freed from their pledges to vote for any candidate they choose.

Next up, all eyes are on New York, which is rich in delegate count.  If  Brooklyn-born Sanders can defeat Clinton in New York, a state she formerly represented in Congress, her viability would be cast into doubt.  Though early polls showed her leading by 40 points, three new polls show her lead has narrowed to about 10 points.  Sanders has enjoyed last minute surges in several recent states,  so with nearly two weeks remaining before the April 19 primary, the prospect of him pulling even or surpassing her remains strong.

Though Trump has suffered defeats to Cruz in recent primary races, New York is his home state.  But a new Reuters poll shows Trump leading Cruz by just four points, a statistical dead heat after the poll margin of error is taken into account.   A loss on his home turf could leave the business mogul Trump floundering and increase the chances that delegates will shift allegiances on a second ballot.

A Trump campaign representative this week issued a threat to reveal names and hotel rooms of any Trump delegates who switch their votes, however, so whether delegates would ignore such bluster or let fear constrain their actions remains to be seen.