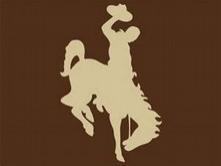 This was the eighth victory for Sanders in the last nine states to hold primaries or caucuses.  (Note: The Republican caucus in Wyoming back on March 12th was won by Ted Cruz with 66% of the votes.)

Next up is New York on April 19, with 291 Democratic delegates and 95 Republican delegates at stake.

Sanders will take a break from campaigning at a critical time, just days before the New York primary. He’ll be traveling to the Vatican, after accepting an invitation to a Vatican conference on humanitarian issues.

Sanders, who is Jewish, has said he admires Pope Francis for his concerns for the poor and for speaking out on income inequality,  though he  has different views form the Pope on some social issues such as abortion.

"I am a big, big fan of the Pope," Sanders said in an interview on MSNBC. "He's trying to inject this sense of morality into how we do economics...and we need that absolutely desperately."

Whether being out of the country four days before the critical New York primary will hinder his campaign there, however, remains to be seen.

No Republican primaries or caucuses were held today. However Texas Senator Ted Cruz scored a big win at the Colorado Republican convention, securing all 34 of Colorado’s delegates–13 more than he won in the earlier primary.

Cruz makes a campaign stop Monday in San Diego, since California, like New York, is a delegate-rich plum that could be influential in determining the outcome in both the Democratic and Republican primaries.