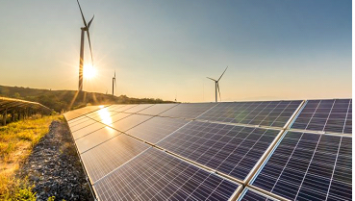 The proposed entity is a community choice aggregation program for the cities, giving them the ability to buy more power from sources such as solar and wind. Local utility San Diego Gas & Electric would continue to deliver and maintain transmission lines and billing operations, but the CCA would be responsible for buying all power.

Faced with a decision about the still evolving JPA with the cities of Carlsbad, Del Mar, Solana Beach and the County of San Diego, the Santee City Council on Oct. 9 approved only one part of a two-step process, an ordinance authorizing the city to join the JPA.

The Council declined to vote on the agreement itself, with several members voicing concerns about start-up costs and the disclosure of other information.

Councilwoman Laura Koval said because Santee’s share to launch the JPA was about $200,000, she was not in favor of it.

“I can’t believe how quickly this is going,” Koval said about the JPA process that began in July. The Council hasn’t voted on the CCA, but has stated it’s in favor of the concept, and directed its staff to continue negotiating with the North County JPA being led by Carlsbad.

Koval also raised worries that Santee could be getting into another JPA similar to one that is not working to the city’s favor with the San Diego Association of Governments, the regional transportation planning agency.

A recent SANDAG vote on funding various road projects went the way it usually does, Koval said, with all the coast cities voting one way, and the inland cities voting another.

An original motion to approve both steps, authorizing the city to join the JPA and adopting the JPA agreement itself, was defeated 3-2, with Koval, Mayor John Minto and Councilman Rob McNelis opposed.

Santee still has the ability to approve the JPA agreement at its next meeting on Oct. 23.

While he said he liked a good deal about the JPA and especially the idea of more local control, McNelis criticized the lack of transparency over certain aspects. He said numbers presented this week over expected profits and when the city could use those profits weren’t the same as presented in earlier meetings.

Hired consultants said the JPA could be profitable after the first year of its launch in 2021, but at the Oct. 9 meeting, they were told profits may not happen until two to six years after the launch.

“It looks like we are being sold something rather than giving us all the facts and letting us make our own determination,” McNelis said.

The difference, said Carlsbad City Manager Scott Chadwick, was the need to set aside some early revenue for a rate stabilization fund to pay for unexpected higher energy costs and possible increased rates charged by SDG&E.

Consultants have said cities joining a JPA could obtain rates that are 2 percent below what SDG&E now charges, and that those profits could fund various energy projects in a city such as more electrical vehicle charging stations.

McNelis also pressed one of the city’s consultants to divulge the story of Georgetown, Texas, which adopted a CCA and attempted to purchase 100 percent of its energy from renewable sources. Instead of saving millions of dollars the city lost about $6 million in its first year and is now trying to exit several long-term renewable contracts, said Ryan Baron of Best Best & Krieger.

Minto said he didn’t share the opinion of environmentalists advocating for a CCA, saying “I don’t agree with the urgency.”

“We won’t get clean energy (through the CCAs) for another 50 years if we start today,” Minto said.

Councilman Stephen Houlahan said staying with the current model of buying energy from SDG&E is “a death spiral,” mainly because the company has signaled it’s exiting this business in about six years. A majority of San Diego County cities are forming CCAs, stating the climate crisis is too great to ignore, and that cities should do more to reduce the amount of ozone-depleting emissions into the atmosphere.

Under the proposed JPA, called the Clean Energy Alliance, Santee would have the ability to determine how much of its power comes from renewables. It would also have equal voting power with all members on most issues, including Carlsbad, which is about twice the size of Santee.

Yet for certain issues such as issuing debt or bonds, and adding or removing a member, the JPA would require a two-thirds majority vote.

Several councilmembers said they should wait to see what the County does regarding the JPA issue when it is scheduled to vote on Oct. 15.

In other actions, the council voted unanimously to approve a residential development on a 6.8 acre site on Prospect Avenue consisting of 53 units. The project called Prospect Estates II is made up of 38 condominiums and 15 single family houses.

In a public hearing, several residents raised concerns about the quality of the construction and other issues. Several were also critical about the possibility of a major gas explosion occurring during construction due to an above ground gas pipeline that services the adjacent mobile home park.

The council was assured that because the pressure is a minimal one-half PSI, there was no chance of any serious explosion, but agreed to require the developer to install a concrete barrier protecting the pipeline.

Developer Michael Grant noted the project complied with the city’s General Plan and current zoning rules. But some speakers were critical that Grant had no regard for the current neighbors.

Prefacing his motion to approve the project, Minto attempted to persuade the developer to work out some deal involving the under-grounding of utility poles on Marrokal Lane, but the Council’s vote will not require this action because the utility lines serve the mobile home park, and aren’t on the housing project’s land.