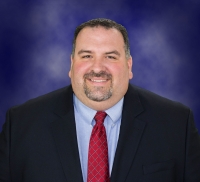 According to Michael Schwartz, executive director, SDCGO, each candidate was interviewed in person and research was completed on their voting record to preserve the Second Amendment, as well as their public comments and character. Then, SDCGO's advisory board ratified each endorsement.

“It is crucial that voters elect solidly pro-gun candidates who will defend the fundamental right to self defense for law-abiding citizens, oppose an extremist gun-control agenda, and stand strong in support of the Second Amendment,” said Schwartz, a resident of Santee. “We take seriously these endorsements. We are proud to support local candidates who believe the purpose of the Second Amendment is an important and valuable individual right. We are committed to restoring and protecting our rights in California by getting volunteers involved in local level activism and outreach.”