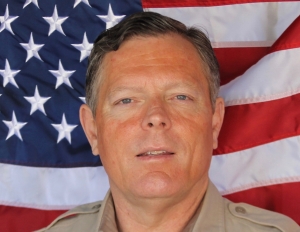 According to Michael Schwartz, executive director, SDCGO, each candidate was interviewed in person and research was completed on their voting record to preserve the Second Amendment, as well as their public comments and character. Then, SDCGO's advisory board ratified each endorsement.

“It is crucial that voters elect solidly pro-gun candidates who will defend the fundamental right to self defense for law-abiding citizens, oppose an extremist gun-control agenda, and stand strong in support of the Second Amendment,” said Schwartz, a resident of Santee. “We take seriously these endorsements. We are proud to support local candidates who believe the purpose of the Second Amendment is an important and valuable individual right. We are committed to restoring and protecting our rights in California by getting volunteers involved in local level activism and outreach.”

Meyers is hoping to replace Bill Gore, 69, who has been sheriff since 2009, when the San Diego County Board of Supervisors appointed him to replace the retiring Sheriff William Kolender. Gore was elected in 2010 and ran unopposed in 2014. In 2018, Gore is seeking a second four-year term. In California, a sheriff or police chief has direct authority over issuing state permits to carry firearms for protection. The permits are commonly called “CCWs” (CCW stands for concealed carry weapon). 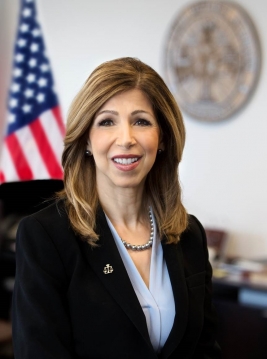 “We are proud to endorse Dave Myers as San Diego County’s top law enforcer,” said Schwartz. “We are impressed with his transparency with his statement of intended CCW policy and procedures and eagerness to follow the law and not penalize law-abiding citizens.”

Stephan, a career prosecutor, has served as the appointed district attorney since July 2017, following the retirement of Bonnie Dumanis, who served as district attorney for almost 15 years. Stephan is only the second woman to serve in the position. She has served as a deputy district attorney in the San Diego County District Attorney’s Office for 27 years holding positions such as assistant chief, chief of the North County Branch and chief of the Sex Crimes and Human Trafficking Division. She was appointed chief deputy district attorney in 2012. As a trial prosecutor, she has tried over 100 jury trials involving sexual assaults or homicides, human trafficking, child abuse or molestation and school shootings. She received her bachelor’s  degree from the University of California at Davis and her Juris Doctor from the University of the Pacific, McGeorge School of Law. The Office of the District Attorney prosecutes felony crimes countywide and misdemeanor crimes in 18 cities and the unincorporated areas.

“We believe that Summer will be a leader in advancing public safety through a smart, fair and equal criminal justice,” said Schwartz. “She will be a strong advocate for enforcement of existing laws against violent offenders to reduce crime.”