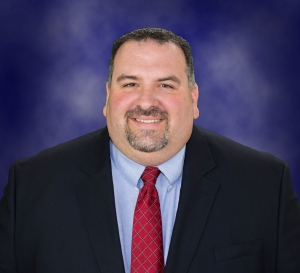 Filing the amicus brief on behalf of SDCGO was John Dillon, SDCGO legal counsel and partner with the law firm of Gatzke Dillon and Ballance LLP, based in Carlsbad.

The 24-page amicus brief supports George K. Young, Jr., who won his case against the state of Hawaii after Hawaiian law enforcement officials denied his application for a concealed carry weapon (CCW) permit.

According to Dillon, a lower court initially ruled against Young, who then won on appeal before a Honolulu-based, three-judge panel that’s part of the U.S. 9th Circuit Court of Appeals.

“Hawaii’s gun-carry laws are so severe that the public, in effect, has been entirely prohibited from carrying firearms, either openly or concealed,” said Dillon. “So we were glad to see the three-judge panel agree that the state’s restrictions were a clear violation of the Second Amendment.”

In its ruling in favor of Young, Dillon said the three judges agreed that the Second Amendment guarantees the right to bear arms in open public for self defense. Dillon also said the panel in Hawaii applied the same textual and historical analysis that appeared in a 2008 landmark case, Washington, D.C. v. Heller, which established individual rights to keep and bear firearms for self defense. The decision from the panel also cited the San Diego case of Peruta v. County of San Diego.

However, recently, Hawaii state officials filed a petition with the U.S. 9th Circuit Court of Appeals to rehear the case before an 11-judge en banc panel. Based in San Francisco, the 9th Circuit federal appeals court has a long history of ruling against Second Amendment protection cases, said Dillon.

Dillon said Hawaiian state officials filed their rehearing petition in September, but a decision whether the case will be reheard has not been announced, he said.

“Because a 9th Circuit decision affects California laws, the San Diego County Gun Owners felt compelled to file an amicus brief against the state of Hawaii’s rehearing petition,” said Dillon. “Hawaii is hoping that judicial activism, and not legal precedent, will overturn the three-judge panel’s decision. However, law and history are clear, there is a strongly protected right under the Second Amendment to open carry firearms in public. So we filed an amicus brief in support of this fact.”

The 9th Circuit is the largest of the nation’s appeals courts, serving the western United States, including Hawaii and Alaska. It is also considered to be one of the most liberal. Earlier this year, the 9th Circuit upheld a California state injunction restricting high-capacity gun magazines to 10 bullets.

“The three-court panel who ruled in favor of Mr. Young did an outstanding job at reciting a historical analysis of the Second Amendment, dating back to the English Common Law, which predates the Constitution and Second Amendment,” said Dillon. “In the forming of our country, in constitutions adopted by the early states, and in a majority of Second Amendment case law, there has always been a well-protected right to carry firearms in public. Our amicus brief recites some of that same history.”

Santee resident Michael Schwartz, executive director of the 1,300-member SDCGO, said, “Now in our fourth year, we have profoundly influenced and advance policies in support of the Second Amendment. We remain dedicated to preserving and restoring citizens’ gun rights. This recent amicus brief is our latest action in our fight against judicial, legislative and regulatory efforts to limit or eliminate the firearms industry and the ownership and use of firearms. We exist to defend the fundamental right to self defense for law-abiding citizens and oppose an extremist gun-control agenda. We stand strong in support of the Second Amendment and are committed to restoring and protecting our rights through local level activism and outreach.”