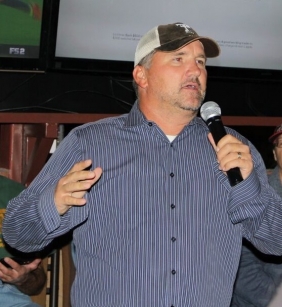 The public is invited to attend and learn about recent laws regarding firearms, including pistols, rifles, shotguns and accessories, such as concealed-carry permits, ammunition and ammunition magazines. Admission is $20 per person. Tickets to the 2018 California Gun Laws Convention are available at the door or on the SDCGO website, www.sandiegocountygunowners.com. For more information, phone (619) 828-3006.

“We are hosting this conference, our second annual, to help inform and educate law-abiding citizens about the latest gun laws from various perspectives,” said Santee resident Michael Schwartz, executive director, SDCGO. “Gun laws are tough, and our goal with this event is to help reduce the confusion, dispel the myths and educate all attendees on their legal rights under the law. The Second Amendment is not only about the right to bear arms, but our basic and fundamental right to self defense and freedom. Our keynote speaker and panel members will cover firearms laws from legal, retail, recreational sportsman and activist perspectives.”

Doors open at the Del Mar Fairgrounds’ Surfside Race Place at 4 p.m. Keynote speaker starting at 4:30 p.m. will be AWR Hawkins, a Second Amendment author and columnist for the Breitbart News Network. He is host of the Breitbart podcast called “Bullets with AWR Hawkins” and writer of “Down Range with AWR Hawkins,” a weekly newsletter on all things Second Amendment. He is a frequent guest on NRA Radio podcasts and a political analyst for Armed American Radio. He holds a doctorate in military history from Texas Tech University.