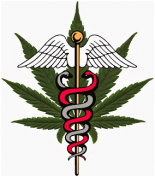 January 18, 2016 (Santee)--Santee’s City Council has voted to amend an earlier ban on medical marijuana dispensaries, adding the explicit prohibition of cultivating and delivering weed within the city.

The city already prohibited the sale of weed dating to 2009, and has never allowed the activity, but a recent slate of regulations adopted by the state and signed into law by Gov. Jerry Brown in October has prompted many cities to pass additional laws ensuring that the cities maintain local control.

The vote on Jan. 13 was 5-0, although one council member said the city should take another look at the issue especially in light of the money the city is spending to enforce the ban.

Councilman Jack Dale noted that Santee is actively courting craft breweries, including a concerted effort to entice Karl Strauss Brewery to relocate its main brewery along with a tasting room, restaurant and warehouse at a site just north of the Trolley Square shopping center.

“This is wrong but we’re subsidizing people to come here and sell liquor,” Dale said. “We should pass this ordinance and prohibit it tonight, but when we have more information, we should take another look and make a decision.”

Councilman Rob McNelis said he’s read that because banks cannot provide services to the marijuana industry, these businesses all deal exclusively in cash, which presents security problems. He advocated to keep the city’s ban in place until perhaps the drug is legalized on a national level.

The use of marijuana for medical reasons has been legal in California since the passage of Proposition 215 in 1996. While there are federal laws banning marijuana, two states--- Colorado and Washington-- passed laws legalizing its use, and several others have amended laws that permit possession of small amounts for personal use.

The public hearing on the issue drew only two speakers, one in favor of the ban, and the other opposed.

Lisa Bridges, a coordinator for the Santee Solutions Coalition, spoke in favor of maintaining the ban, saying that increased access to the drug would be detrimental to young people.

Mary O’Connor, a local resident, said she found it interesting that on the same night the council gave a proclamation to BNS Brewing & Distilling Co. for winning a gold medal at a national beer competition, it was voting to block the sale of medical marijuana. She noted that Colorado is generating a lot of revenue by regulating the sale of the drug, and Santee could do the same, using the funds for many worthwhile projects.

City Attorney Shawn Hagerty told the council the city has spent about $10,000 in legal fees to enforce the city’s ban. Two known medical marijuana dispensaries that opened last year have been the subjects of legal actions to shut the businesses down, he said.

Santee has recently obtained temporary restraining orders against both businesses. A preliminary injunction was granted against one business, Sacred Tree, on Mission Gorge Avenue, Hagerty said. That action requires the business to close down immediately or be subject to possible criminal prosecution, he said.

Both the city of San Diego and San Diego County have adopted ordinances regulating the sale, growth and delivery of medical marijuana. About a dozen have been licensed and are open in the city, but there are many more dispensaries and delivery services operating illegally throughout the county.

In another matter, the Santee Council went into a closed session to discuss two possible lawsuits involving the Karl Strauss brewery project.

“It was about anticipated litigation,” Hagerty said. “We advised the city council about potential litigation.”

Last month, the council amended its Town Center Specific Plan to allow for the project that would encompass three buildings on some 10 acres. However, the brewery, now based in Pacific Beach, is keeping its options open and has not made a decision on where the company will relocate, nor has it purchased the property.

I've lived in Santee for decades. Too bad I'll have to leave in order to continue my goals of being an MMJ vendor. I find it odd that council members site the danger to children, and leave them the options of alcohol and cigarettes, which are far more deleterious according to any research. It's the same argument Congressman Duncan Hunter gave me: "I don't want my children to have access". It's antiquated thinking at best. I don't want my grandchildren using MMJ until the day they really need to, likely when they are above 50. Although chronic conditions afflict even youngsters at times. And in a few cases, such as life threatening epilepsy, parents should have the option of providing their child with lifesaving treatments. Whatever. I'll be paying my taxes to another city. Like the county of Lakeside most likely. This is a case of bureaucrats shooting themselves in the foot, in my opinion. So why not stay and stop growing? Simple. At 58, the only job I can get is at a fast food restaurant. Ageism is alive and well in the US. And there is nothing to be done about it. The good news is that even when I'm 75, I'll be able to sell my flowers to dispensaries across the city. Just not in Santee.