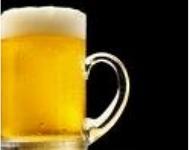 Despite objections based on a perceived use of water, the council voted 4-1 to amend its Town Center Specific Plan to allow for the complex, and adopted a resolution stating the project complied with state environmental laws.

Councilman Jack Dale voted against the project, stating that the entire complex should be turned around, to face north towards the San Diego River and the mountain views instead of facing south towards Town Center Drive.

The brewery, now ranked 45th largest in the nation with an annual output of about 80,000 barrels annually, plans to build three buildings on the 10-acre site just north of Trolley Square Town Center off Cuyamaca Street. The buildings include a brewery/ tasting room, a restaurant, and a warehouse/ distribution center. The site would include extensive landscaping and amenities to make it a tourist destination, and would create several hundred jobs initially.

“I have absolute confidence in Karl Strauss converting this site to make it beautiful for Santee,” said Mayor Randy Voepel. “We will be darn lucky if Karl Strauss comes to town.”

That’s a big if, given the fact that the company has yet to buy the property and is weighing other potential sites for its new brewery and headquarters. It’s now based in Pacific Beach.

Matt Rattner, who co-founded the business in 1989, said after the meeting that he’s still looking at several other areas of the county, including San Marcos, Vista and San Diego.

The spending for the architectural designs for the Santee site can be easily transferred to another city should the company decide to go elsewhere, Rattner said. But the recent council action helped put Santee in a good position, he said.

While he’s talked with the property’s owner, the county of San Diego, no negotiations have taken place, Rattner said.

Before the vote, city planners made an extensive presentation on the project, highlighting several sustainable features such as water and grain recycling, rooftop solar panels, and materials recycling.

However, Todd Cardiff, an environmental attorney, said the city’s estimate on the brewery’s planned water use was faulty. Instead of an analysis based on what the brewery’s current production is, the city should have based water use on the maximum barrel capacity of 300,000 barrels annually, Cardiff said.

“Let’s look at this with our eyes wide open and make sure that all the Is are dotted, and the Ts are crossed, and not put Karl Strauss in a precarious legal position,” Cardiff said.

Dale and Councilman John Minto said they liked the project but wished that it could be flipped around so that customers could enjoy the views of the river and mountains. Dale was also worried that if Karl Strauss closed the restaurant and used the building for production the city had no recourse. He also didn’t think the proposed sign, which needed a variance to get built, was iconic enough.

But the majority of the council said they liked the proposed plan, and that comparing what Santee was doing to what was done in San Antonio and its river walk was unfair. “You can’t compare this to what they’ve done in San Antonio,” said Councilman Rob McNelis. “This is a creek. That’s a river.”