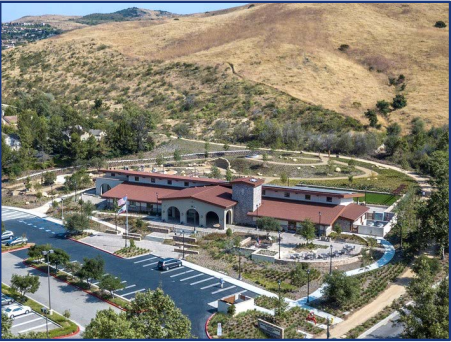 June 24, 2021 (Santee) -- Santee City Council has approved a $50 million operating budget for its 2021-22 fiscal year, including 1.5 percent raises for city staff and the five Council members.

The Council didn’t hold any discussion about the operating budget, or mention the raises before holding a vote on the issue, which passed unanimously at its June 23 meeting held at City Hall and televised over SanteeTV.

The raises mean Mayor John Minto’s salary increases to $36,011 annually, and the four councilmembers salaries rise to $21,368. Elected officials are either retired as in Minto’s case, or working full-time jobs in addition to their Council positions.

The Council also scheduled the same 1.5 percent raises for both staff and elected officials for the following fiscal year, 2022-23. The new budget that takes effect July 1 also provides the Council with a monthly auto allowance of $450 for Minto and $400 for the remaining Council members, plus a monthly  technology allowance of $90 for all five.

The Council spent the majority of its time discussing the City’s five-year capital improvement program (CIP), which entails allocating funds over multiple years for big ticket items such as a community center or a new fire station.

The 73 projects included in the CIP are estimated to cost $267 million. Of that amount, the City has funding for $114 million. The remaining $153 million is unfunded.

Before adopting the CIP budget, the Council made some adjustments, removing $860,000 that was tabbed for improvements to girls’ softball fields at Town Center Community Park and moving it to road improvements.

The project may still be done, but the Council determined it wanted to make local road improvements a priority. It also directed its staff to use state grant funds allocated through Prop 68 to pay for the softball field improvements.

However, that change would mean reduced funding for a planned community center next to the Cameron YMCA, something the Council has talked about for several years. The estimated cost for the center, intended for both seniors and teens, is $12.9 million for a first phase building.

It’s unclear just how much funding the Council intends to provide for the community center. But several members said the project should be scaled back and take advantage of Santee’s pleasant weather, incorporating movable walls into the building.

The Council said it will meet with an architect to discuss the project later this summer.

“We have to find creative ways to fund and build these types of projects,” said Councilman Rob McNelis, who asserted that the city’s top priorities are addressing its deteriorating roads and dealing with the increased homeless population.

Included in the City’s $50 million budget is the addition of 5.5 new staff positions. These are two recreation coordinators that were cut from earlier budgets; one administrative secretary; one field inspector; and one fire inspector; and increasing a part time equipment mechanic to full time.

Santee, a city of 57,000, derives the bulk of its revenue from property and sales taxes. Property taxes are projected to increase by $769,000 in the next fiscal year to $21.7 million.

Sales taxes are slated to grow by $428,000 to $16 million. Together those revenues make up 73 percent of the General Fund revenue. The remainder comes from fees paid by franchises such as Waste Management, SDG&E and Cox; building fees; reimbursements from the county, and state and federal grants.

Santee benefited from a federal funding programaimed at helping city and state governments in the wake of the Covid 19 pandemic. Staff indicated the City was allocated $7.3 million in federal funds through the American Rescue Plan Act, and that some $3.8 million of that total was already received. It should get the remaining funds in the later part of the 2021 fiscal year.