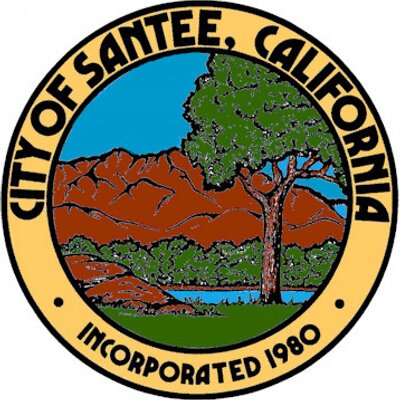 January 15, 2017 (Santee) -- The Santee City Council is seeking a fifth member to fill out the two years remaining on Mayor John Minto’s term after he was elected in November, vacating his Council seat. At the Council’s January 11th meeting, the four members decided to appoint Minto’s successor rather than hold a special election that was deemed too costly.

Motions were made to appoint that night for two possible candidates, Dustin Trotter and Brian Jones. Both failed because of 2-2 split votes.

In the motion that passed 3-1 with Councilman Rob McNelis opposed, the Council agreed to appoint a new member following a public interview process that will take place at the Council’s next meeting Jan. 25th.

Applications for the position are available online at the city website, www.ci.santee.ca.us, or in person at City Hall. The deadline is 5 pm Jan. 23rd. The only requirements for serving are that applicants must be at least 18 years old, registered voters and residents of Santee.

At the meeting, five people said they are interested in taking the job. They are Dawn Gibbs, a local business owner; former state Assemblyman Brian Jones; Van Collinsworth, the president of an environmental nonprofit; and Arnold Winston, a retired banker; and Trotter, who took second place after campaigning for the seat last year.

McNelis said at a candidates’ forum prior to the election that the three council candidates agreed they would accept the second place finisher as the person to take the vacant seat that would be available when Minto or McNelis was elected mayor.

Yet Stephen Houlahan, who won the Council seat by a wide margin, said the decision was too important to make that night, and that other candidates in addition to Trotter deserve to be vetted.

The Council could have scheduled a special election to fill the seat, but the cost estimate between $220,000 and $420,000 was deemed too high.

After a motion from McNelis to appoint Trotter failed by the 2-2 split, Minto made a motion to appoint Jones, who was termed out of the Assembly in November after serving three two-year terms.

McNelis said he respected Jones, and knows he is eminently qualified to do the job, but is also aware of his desire to become the area’s state senator in 2018, which could sway many of his decisions.

Jones, who also previously served on the Santee Council for two terms, said he is indeed aiming to run for the state Senate seat now held by Sen. Joel Anderson.

Houlahan, who took first place in November with 9,882 votes, said he would have preferred to hold a special election but the costs were too high. He said he’d rather open the process up to everyone even if it means taking a longer time to sift through a larger field of candidates.

“In a perfect world we would hold a special election. This is such a highly important decision, and that’s why I made the motion,” he said.

Houlahan had offered to support McNelis’ motion to appoint Trotter if he agreed not to run for re-election in 2018, but McNelis said he wouldn’t agree with the provision.