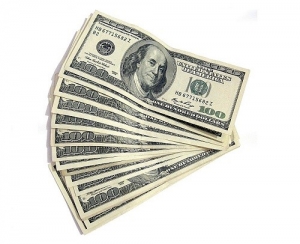 July 5, 2015 (Santee) – Currently, only individuals may donate to campaigns for Santee City Council and Mayoral candidates.  But on July 8th, the Council will consider eliminating that restriction and allow donations from entities such as corporations, political action committees or organizations to donate to campaigns for city officials.

According to a council agenda statement prepared by the city manager, Council  members had asked staff if the city could amend its law to allow contributions by entities who are not individuals. Minutes of a March 25th meeting indicate that Councilman John Minto asked staff to draft an ordinance consistent with federal law and recent cour rulings, but Councilman Jack Dale wanted to keep Santee's law as it is.

Now, a City Attorney's report makes clear that the statute does not appear to violate any statutes or rulings.

The City Attorney prepared a summary of campaign contribution limits in certain California cities and conclude that “in sum, there is no uniform practice.” Although the City Attorney found that the current limits “appear to remain valid after the Supreme Court’s decision in the Citizen’s United case” he adeddd, “However, there is a trend toward the restriction of local control over campaign contributions.”

In response to the council request, staff prepared two versions of a proposed ordinance. The first would repeal current restrictions completely and allow all non-individual entities to donate to campaigns.

The second would specific which types of non-individual entities can donate to campaigns. Specifically it would allow donations from an individual, proprietorship, partnership, company, corporation, limited liability corporation, association, committee or organization, but would not allow other entities such as a firm, join venture, syndicate or business trust to make donations. No explanation for why some entities would be allowed and others prohibited was provided by the city attorney.

Under both option 1 and 2, non-individual entities would be subject to the existing contribution limit of $650, though staff, at Council’s urging, has proposed language to increase that by $50 to a $700 cap.

Council also asked staff if it’s legal to repeal a code requirement for campaign accounts to be in a bank in Santee, and the City Attorney indicated he could provide language at Council’s request.

out in the open instead of under the table. It simplifies matters.