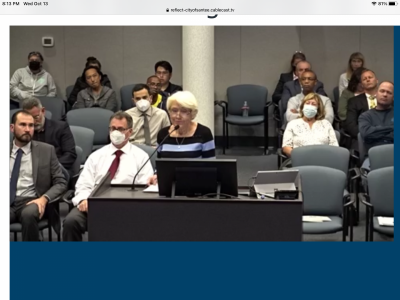 October 14, 2021 (Santee) -- The Santee City Council held a third workshop Oct. 13 examining whether to allow cannabis businesses in their city, while making it clear they aren’t fond of the prospect

Despite pot shops operating in cities and the county area surrounding the city, Santee has taken a hard line against the drug dating back to well before California voters overwhelmingly approved Prop 64 in 2016, which legalized the state’s recreational use of marijuana.

But given the reality of the burgeoning cannabis industry,  councilmembers said they have little choice in the matter.

Either the city enacts a restrictive law governing the businesses, or it faces the prospect of a citizens’ initiative that would give these businesses far more latitude in their operations, elected officials said at the public hearing in which they did not take any vote.

Councilwoman Laura Koval said recent data shows most local residents would support such an initiative from an outside entity, so it behooves the city to get out in front of the issue by writing its own initiative that would give the city more controls on the type and nature of the pot businesses allowed here. 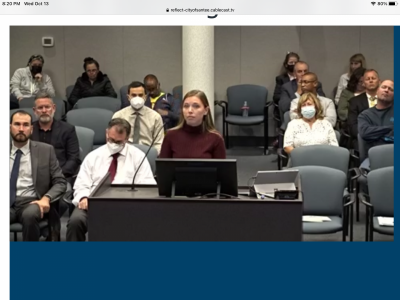 “I just don’t want an outside company or agency putting a citizens initiative on the ballot. We test it (ensure it meets qualification rules) and it passes, and we’re stuck with it,” Koval said. “We need to have something on the 2022 ballot that is pretty strict that protects our character and our city.”

Councilman Ronn Hall, who has staunchly opposed any kind of loosening of the city’s current law, said he wasn’t enamored of the strategy espoused by Koval and a few other members, but realized it might be the best option available.

“I’m totally against this, but I can read the handwriting on the wall,” Hall said. His desire would be to make the fees and taxes on the sales of cannabis so high that operators decide it’s not financially viable.

“I’ve asked (the City Attorney) what’s the maximum tax we can charge, and there is none,” Hall said. “And if we do charge a lot, they’re not going to want to come here…..So if somebody wants to do this, then let’s just stick it to them.”

A city consultant on the issue told the council the tax rate on cannabis sales could range from 4 to 12 percent, to which Hall quickly said, “Okay, we can do 12.”

The Council also heard from its staff that if the tax on cannabis sales is linked for specific purposes such as road improvements, the initiative would need a two-thirds majority vote to pass, which could prove difficult.

However, all the proposed strategies didn’t resonate with most of the speakers at the meeting. Ten of the 12 speakers opposed any loosening or removal of Santee’s current prohibition on cannabis businesses.

Kathleen Lippett said the tax revenue the cannabis businesses generate don’t cover the additional costs cities must spend to deal with the increases in crime associated with the businesses. The arrests related to the industry disproportionately affect black and brown people, she said, adding that edibles sold by pot shops have names that entice children, who often mistake the products for candy. 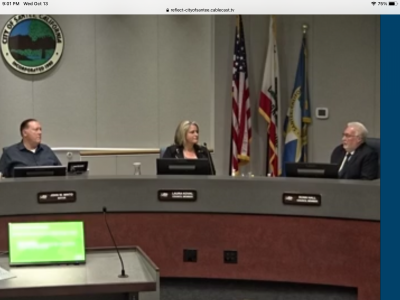 Tenaya Webb also said cannabis businesses would result in higher violent crime rates mainly because the cash-only operations lead to higher incidents of robbery of both customers and store employees. “These (crimes) aren’t just robberies and assaults, but, in some cases, shootings, stabbings and homicides….Additionally, non-violent nuisance crimes tend to go up,” she said.

On the flip side, some cities that have legalized cannabis dispensaries locally found a decrease in violent crimes, which have predominantly been tied to illegal dispensaries across the San Diego region. Regulations in areas where dispensaries are legal range from security cameras viewable by law enforcement to metal detectors. Legalization also subjects operators to state regulations aimed at preventing sales of cannabis contaminated with pesticides, mold, or laced with more dangerous drugs.

Eric Wiese, who penned a reader’s editorial published in East County Magazine opposing cannabis business in Santee, asked the Council “to show your strength to say no to marijuana, and “to follow federal law” (which still prohibits the possession of marijuana). “Show us your strength to occupy the moral high ground, and be a positive example for people to look up to,” he said.

Mayor John Minto, a retired San Diego detective, said he recognizes that marijuana has legitimate medical benefits to seriously ill patients. But the idea of recreational marijuana is foreign to many people. While he respected that view, he also telegraphed that the Council will likely create some cannabis ordinance that will be put to the Santee voters in late 2022.

“This idea of going to the ballot is absolutely the best way of doing this,” Minto said.

The Council will hold at least one other workshop on the issue, but gave no date certain of when it would take place.