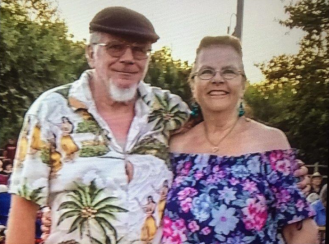 August 5, 2018 (Santee) – Congratulations to Richard and Gail Schultz of Santee, who celebrated their 50th wedding anniversary on August 3rd, 2018.

They have two children, Kevin, 42, and Karen, 39 and two adopted grandchildren, George Warren and Patricia Ann.

They lived in Michigan, where their children were born, and then moved to Santee, California in 1981.

Their children will be giving them a gala party on August 12, 2018 for their golden anniversary.