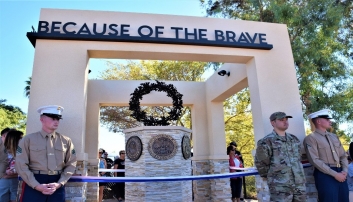 Story and photos by Scott Lagace

November 14, 2021 (Santee) -- On November 11, 2021, on the 11th hour at the 11th minute, Santee Chamber of Commerce CEO Kristen Dare began a Veterans Day ceremony which attracted many veterans and East County patrons to celebrate the unveiling of a new Veteran’s Memorial and dedication of the Veterans Memorial Bridge over Santee Lakes on Mast Blvd.

The two people who designed and built this memorial, Dustin Trotter and Michael Ranson, had a dream many years ago to bring a veterans memorial into Santee for everyone to come and make tribute to all branches of the military including Marines, Navy, Army, Air Force, Space Force and Coast Guard. 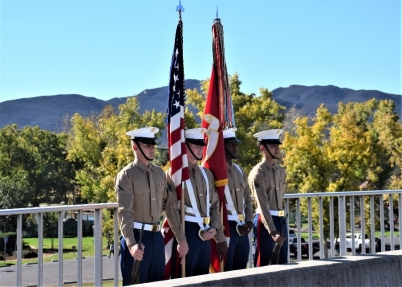 The ceremony was a big success, with the Marine Honor Guards presenting the flags and the Emerald Society San Diego Firefighters Pipes and Drums playing as the flags were presented. 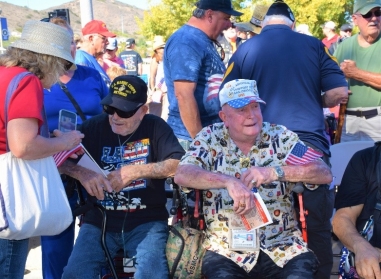 Veterans in their chairs along with the Mayor of Santee John Minto and the East County patrons awaited the unveiling.

Councilman Trotter, along with a few Marines by his side, unveiled the beautiful memorial  by cutting the ribbon and then handing over the plans of the monument to the City of Santee and Mayor John Minto.

The photos you see before you are from that afternoon ceremony. For those who have served and for those who are still serving the military we all thank for your service and keeping our country safe! 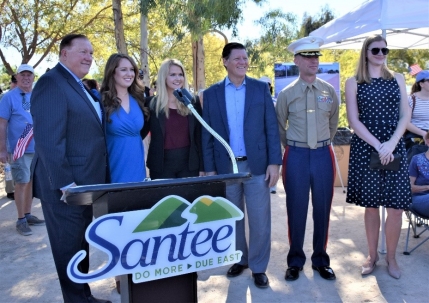 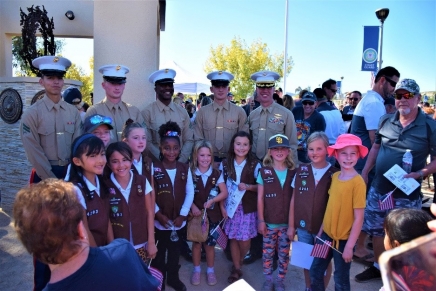 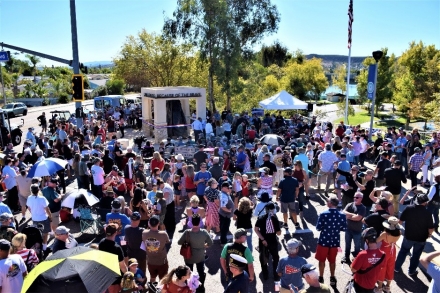 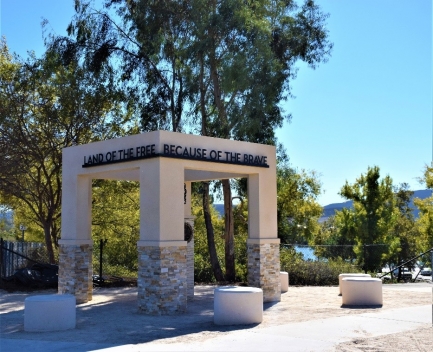 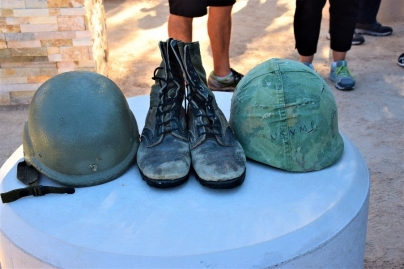 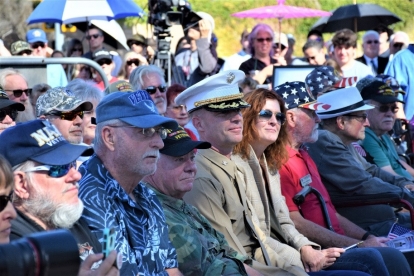