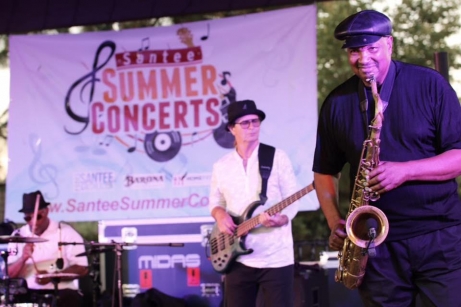 By Mike Allen
All photos from concerts in 2019
May 3, 2021 (Santee) -- Santee is creating its own television station, one that will provide viewers with round-the-clock content on all things Santee related.  The Council also voted to boost the city’s budget by up to $25,000 at its most recent City Council meeting.

In addition to televising public meetings such as those for the City Council, committees and commissions, the channel will also broadcast events such as  the Summer Concert series, programs about the city’s history, how-to programs such as navigating the permit process and interactive games, said Bree Humphrey, the city’s marketing coordinator, who was described as the station manager by the Council at its April 28 meeting.

The city also announced the return of its popular concert series, beginning June 24 at the Town Center Community Park.
The other concert dates are July 15, July 22, August 5 and August 12. The musical groups were not announced. The city also plans to hold a dual fireworks event, Santee Salutes on July 4th, as was done in December to celebrate the city’s 40th anniversary. 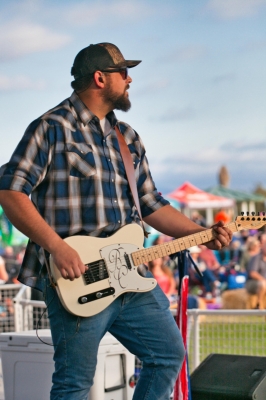 SanteeTV also plans to partner with other agencies such as the Padre Dam Water District and the Santee Unified School District to generate additional programming, Humphrey said.
“Yes, the channel will air content 24/7,” she said. Viewers can either access SanteeTV on Cox Channel 117 or at AT&T Channel 99 when it launches sometime in early June, she said.
For those who don’t get or cannot afford cable, SanteeTV  will also be available on the city’s website via a streaming software, Humphrey said.
Last year, the Santee Council approved spending $32,000 to establish the station so the latest allocation brings the total to $57,000 so far, with likely additions beginning in July for the next fiscal year. The spending includes the hiring of one part time position, and an unpaid intern.
Santee’s Council was asked to approve an allocation of $15,150 at its most recent meeting, mainly for equipment, but Mayor John Minto said the request was too small, and wanted to ensure staffers were adequately funded to bring off a quality-looking production.
“I want to make sure were not coming up short,” Minto said, suggesting the city increase the allocation to at least $25,000. Upon further discussion, the unanimously approved motion was worded, “not to exceed $25,000.”
Santee will tap into some of the franchise fees it collects from telecommunications services that do business in the city to pay for the station. In the current fiscal year that ends June 30, the city will collect about $3 million in such fees, according to the city’s budget. The bulk of these franchise fees come from the city’s contract with Waste Management Inc., the city’s trash hauler that was granted a 10-year extension in August.
Also at the April 28 meeting, held virtually and viewed by 17 people, the Santee Council heard from Waste Management Inc. about how it would implement a state-required law covering organic waste recycling.
Starting next January, all California households will be required to not only separate cans, bottles and cardboard from the regular trash, but to create a third stream made up of food waste, gardening and landscape clippings, and nonhazardous wood waste. 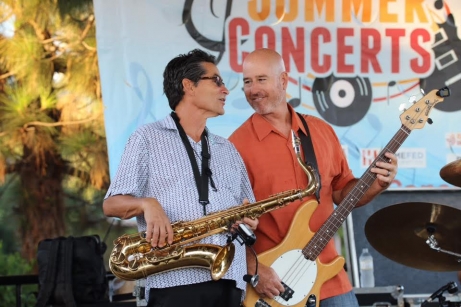 The rules were passed by the California Legislature through a series of bills, AB 1283, AB 1826, and AB 1594, all aimed at reducing methane emissions, which were deemed deleterious to the earth’s climate.
Led by Minto, most of the Santee Council grumbled about the new mandates, saying it was just another instance of Sacramento forcing cities to do things without providing any funding for implementation.
“This is going to cost us money, and they are not going to give us any,” Minto said of the Legislature.
Kristine Costa, representing Waste Management Inc., answered questions from the council about how the new law would be enforced, and its costs. She said the organics separation would require new containers with green lids to differentiate from the blue recyclables and black trash colored lids.
The new law would also result in reconstructing trash enclosures for businesses and multi family complexes, which could run about $30,000, Minto said.
Costa said residential customers would not have to pay anything above the already-increased trash fee, which rose to $26.79 starting in January. That fee is below the average for the entire county of $27.15.
For commercial customers in Santee, the fee is now at $249.49, above the countywide average of $198.33, according to the city’s staff report on the issue of Aug. 12.
The city didn’t disclose what it took in last year from its 15 percent fee it receives from Waste Management revenue collected in Santee, and requests for that information to the city were not provided.
Santee received a one-time  signing fee of $1.75 million from Waste Management at the time of the contract extension last year, above the $1.25 million it obtained in 2012 when the city signed its previous agreement with WMI.
WMI contributes $40,000 for a variety of city sponsored events, including its concert series and fireworks displays;  $18,000 for the city’s Highway 52 Coalition, an effort to attract funding for the expansion of SR 52; and $12,000 for annual cleanups of the San Diego River.
Costa said the company will use high tech sensors on its trucks to determine whether customers are complying with the new rules, but didn’t go into any details on how fines would be assessed if customers were not complying. She said the emphasis would be on educating people. Actual enforcement of the law won’t begin until January 2022.

so now we will have two cans with green lids? why can't just put it all in the current green can.
The cost will not increase, ya right, your gonna have to have another trash container, you gonna increase the cost. Why should the customer do all the work, this is why we pay for trash services, to have it pick up and you all do what you want with it. If you want us to separate ever little thing, so your workers at plants don't have to, we(the customer) should get a decrease in cost. We know you sell trash to other countries, so you want us todo the work so you can sell our trash and make more money off us SMH If you start fining people and people start getting fined more then once, be ready to find trash all over the city