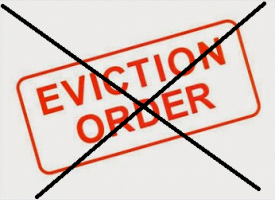 “Tonight is obviously the first time to do this…and we’re doing it the best way that we can,” said Mayor John Minto, who presided over a virtual meeting attended by 78 viewers and 10 listeners.

While the session had a few hiccups related to inconsistent Internet buffering issues, it went off amazingly well, and lasted only an hour and a half, which may have set some record.

Santee’s move on freezing evictions of local tenants comes as cities across California take steps to help millions of residents who are either laid off from their jobs, or forced to stay home to comply with shelter in place directives from both the federal and state governments.

Councilman Stephen Houlahan made the motion to approve the eviction moratorium using Option A, the resolution recommended by the city staff. Option B, which didn’t include any language on evictions, was recommended by two organizations advocating on behalf of landlords.

Houlahan, a nurse for some 20 years, said the threat of the coronavirus to people’s health made it imperative that they stay put for a still undetermined time without having to worry about getting evicted from their homes.

“This is about the public’s health,” Houlahan said. “This makes it clear: no one will be left out in the cold in this crisis.”

McNelis, a longtime mortgage broker, argued that many smaller property owners could be financially devastated by some tenants taking advantage of the moratorium’s many loopholes if they stop paying their rents for months.

He advocated to wait for the next meeting to see what the state and county did regarding the handling of evictions resulting from so many losing their jobs before adopting something that could financially damage property owners.

McNelis said the moratorium didn’t address the many small business tenants who are leasing commercial properties, and that could be included in any new law.

“We have to protect our businesses as well as our residents,” he said.

Minto sided with the majority, saying, “I do agree that we need to something now because people are not comfortable where they’re going to be. We’re not in the comfort business but when they’re talking about being in the streets (if evicted), that’s what we need to be (doing).”

The new law would protect renters through the end of May from the possibility of getting evicted for non-payment of rent because of financial disruption from the pandemic. Tenants must still pay their rents within six months of the expiration of the local emergency.

According to published reports, similar eviction moratoriums were recently passed in the cities of San Diego, Chula Vista, Imperial Beach, San Marcos and Oceanside, and several other cities have pending legislation. La Mesa’s has provided protections to commercial as well as residential renters.

Tenants are required to notify their landlords of their financial hardship caused by the COVID19 virus within 30 days after the date the rent is due, and must provide documentation to support their claim, according to the law.

In other actions at this week’s meeting, the Council approved a final map for a 40-unit condominium project called Village Run Homes at Buena Vista Avenue and Mission Greens Road. The vote was unanimous and taken as part of the Council’s consent agenda which precluded any comment on the matter.

The Council also voted unanimously to award a citywide concrete repair contract of $149,545 to Portillo Concrete Inc, which was determined to be the lowest responsive bidder of nine possible bids for the work. The city’s engineer said Portillo’s bid was 23 percent lower than his estimate of $193,500 for the project.

During the non-agenda public comment period, five people sent letters or emails stating that Pups & Pets in Santee was exploiting a loophole in California law allowing the sale of purebred puppies. They said the store is getting the dogs from a puppy mill operation, and are not purebred dogs, and that the city should shut the business down.

In a federal lawsuit filed last week, Maryland-based nonprofit Pet Connect Rescue Inc. alleged that store owner David Salinas of Utah was falsely labeling the dogs sold in his stores as rescues when they were procured from a puppy mill in Missouri.

Are Treating Them in Tents . . .The 2017-2018 influenza epidemic is sending people to hospitals and urgent-care centers in every state, and medical centers are responding with extraordinary measures: asking staff to work overtime, setting up triage tents, restricting friends and family visits and canceling elective surgeries, to name a few. . . .“We are pretty much at capacity, and the volume is certainly different from previous flu seasons,” says Dr. Alfred Tallia, professor and chair of family medicine at the Robert Wood Johnson Medical Center in New Brunswick, New Jersey. “I’ve been in practice for 30 years, and it’s been a good 15 or 20 years since I’ve seen a flu-related illness scenario like we’ve had this year.” . . .comment: Actually what we learned in the 1918 flu epidemic is that patients housed in the fresh air outside (in Boston) recovered better than those in infected hospitals.
That was actually a 2018 Time article. . .but the part about the tents lesson still holds.
But we know that the US "case" number is bogus, possibly only one-tenth of the actual case number. We also know that other countries (1) tested more of the population, (2) had more aggressive quarantine policies and (3) weren't as permissive of the US allowing people to congregate. . . So hold on.. . .The Navy aircraft carrier at Guam now has 23 (of 5,000) sailors who tested positive. Testing is a new venture for the Navy, so we can speculate where the Navy, and other services, will go as new clusters are identified. . . .Cluster -- A disease cluster or infection cluster is a group of similar health events that have occurred in the same area around the same time.