March 27, 2022 (Santee) -- One of the more controversial powers government agencies wield is eminent domain, the ability to acquire private property even without the owner’s consent for a project determined to be the public’s best interest.

At the Santee City Council’s meeting March 23, the board invoked the power to acquire about 0.06 of an acre at its busiest intersection. The project will install a new right turning lane off northbound Cuyamaca Street on to Mission Gorge Road, necessitating an incursion of the Chevron station at 9811 Mission Gorge Rd.

City staffers told the Council the new lane would relieve traffic congestion on Cuyamaca, and has been planned for several years.

However, obtaining the needed sliver of land from the existing gas station has been impossible due to the owner’s refusal to even engage in any type of negotiations, according to a city report. 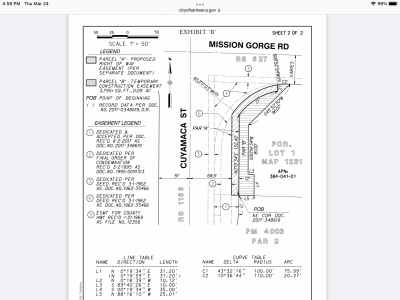 Santee employees first contacted the owner, Cons Orkin Inc., in August, about the matter, but the entity has “been largely unresponsive, and has not accepted the offer,” the staff report said. A staffer said the city met with the owner on March 18, but could not reach any agreement.

The city decided it had to use eminent domain to essentially “take” the needed parcel, and provide the owner with market rate compensation. Before doing so, the Council had to adopt a resolution of necessity, essentially giving notice that the project serves the public’s interest, and providing a forum for the owner if the owner disagreed with the decision.

Upon a motion made by Councilman Rob McNelis, the Council voted unanimously to adopt that resolution. “We don’t take eminent domain issues lightly…Unfortunately in this situation we have some people who don’t want to communicate with the city,” he said.

Bree Humphrey, Santee’s marketing coordinator, declined to reveal the price the city offered for the property, stating the city was still in negotiations and the most recent offer was confidential. 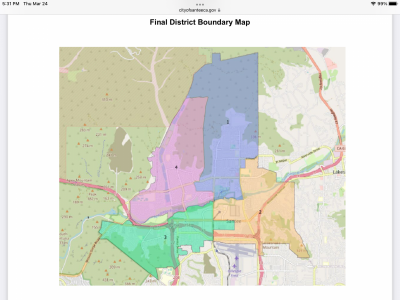 She said the city last invoked eminent domain on multiple properties in July 2013 to make street improvements on Prospect Avenue.

In addition to acquiring the land at the Chevron station, the Santee Council also approved a temporary easement on property occupied by Raising Canes restaurant that will be used a staging area for the construction for about six months.

The project will add a right turn lane, along with sidewalk improvements, upgrades to an existing driveway, and improved drainage, the city staff report stated.

The cost for the work wasn’t divulged but will be paid from existing developer contributions and traffic mitigation fees.

In other actions, the Santee City Council held the second reading and adoption of the city’s new electoral district map. The city is required by the state to review its district map and make adjustments based on the results of the most recent 2020 census.

Santee held four public workshops on the subject starting in October, culminating in February when the Council made minor revisions to the map that divides the city of 60,000 into four districts. The population of each district is about 15,000.

Part of the reason behind the district election format is to ensure that minority populations have some representation on elected boards, but in Santee’s case, the voting age minority population makes up only 27 percent of the city’s total and is evenly dispersed, making a “majority minority district” unfeasible.

The only districts holding elections this year are District 1 and 2, represented by Councilman Rob McNelis and Deputy Mayor Ronn Hall, respectively.