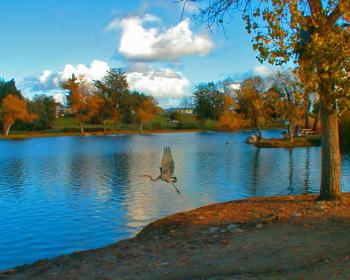 “I don’t want Disney Land in my backyard!”—Santee Lakes Resident

April 24, 2014 (Santee)-- Amid growing residents’ concerns, Santee Lakes park administrators dropped the proposed plan for a recreational zip line, removing it from a proposed master plan. After meeting with community members, staff decided it would be in the best interests of the residents and the park to keep incursions into the peaceful out-door serenity to a minimum. Many Santee resident were outspoken in their protests against the addition of a zip line for fears that it would endanger wildlife and increase noise, traffic, and parking problems, leading to over-commercialization of the natural beauty at the lakes.

ECM interviewed Santee resident Julie Naggar, who commented, “We should come up with things that enhance the natural character of the park.” Naggar lamented that the proposed “cable ski park” would have been over 90 feet high, elevating noise, disturbing the peace and serenity of her home overlooking Lake 5. The Santee Lakes  neighbors had been keen to attend multiple community and Water Board meetings, 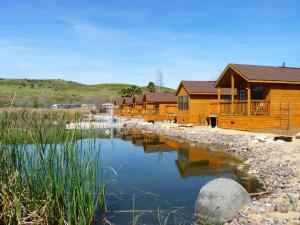 From the perspective of the water district board, adding more theme-park style attractions to the lake could have increased park attendance, leading to increased revenues.  The draft master plan is undergoing revisions and not currently available online. However, Santee Lakes Park Director Jonathan Skinner said that the plan “died in the water there; the man who was funding the program decided not to fund it anymore.”

ECM has not been able to independently verify these figures, but we have e-mailed Padre to request a copy of the revised preliminary-stage master plan for Santee Lakes, however, we have yet to receive a response. Though, if these figures were even close to accurate, it would suggest that the park was willing to spend millions dollars on long-range changes at Santee Lakes. 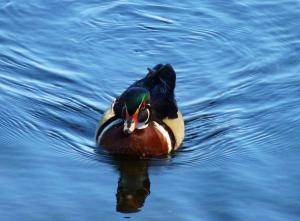 Though the lakes are man-made, created for water filtration purposes, the park has received worldwide recognition through the years as an ideal of both a recreational site and wildlife habitat preserve created around the lakes.

The Park Director has made it very clear that, “After additional discussions with the community, we decided not to add the zip line to the preliminary master plan.”

This move may be a loss for thrill-seekers, but is a huge win for nature enthusiasts, wildlife supporters, bird watchers, park goers, and the quite lake front community of Santee.