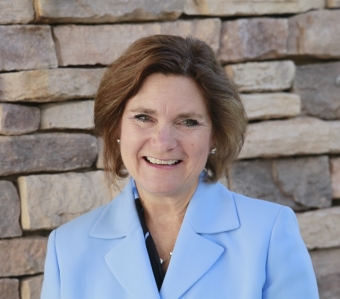 By Mike Allen
November 15, 2019 (Santee) -- Public speakers at Santee City Council meetings currently may have to sit for more than three hours before they can state their beefs to the city in a public forum.
But the Council is considering changing that format, along with a few other things, including establishing a curfew on how long meetings run.

In a workshop held Nov. 13, the Council reviewed a host of suggested changes to its procedures, including the length of its meetings, the election of a vice mayor, and advancing the time for public comment on issues that aren’t on the Council’s agenda.

While the Council took no vote on the changes, a clear consensus on several matters was evident. The Council will formally vote on changes at its Dec. 11 meeting.
Right out of the box, several councilmembers voiced their strong support for an earlier starting time for its meetings that now begin at 7 p.m., and installing a curfew of 11 p.m.
In recent months, several Council meetings have run well past 11 p.m. and a few have approached the next day.
“Establishing a curfew is an absolutely great idea…Going past 11 is ridiculous. And moving the meeting to 6 p.m. would also be spectacular,” said Vice Mayor Stephen Houlahan.
Councilman Ronn Hall agreed. “We’re at a point now where our meetings are going to 11 all the time,” he said. Hall suggested the start time to be 6:30 p.m.
Councilwoman Laura Koval also liked the idea of a 6:30 p.m. start, referring to a list of other California cities that hold their meetings at 6 p.m. The survey of some two dozen cities showed that the city of El Cajon holds its meetings at 3 p.m., which causes complaints by citizens and inhibits much public comment.
Yet Councilman Rob McNelis said he didn’t like the idea of installing a curfew. “This is what we’re supposed to do. If (the meeting) goes late then it’s our fault,” he said, adding that he did like the idea of starting at 6 p.m.
Mayor John Minto seemed content with the current meeting start time, but was fine with putting a curfew in effect. “Frankly, 7 is okay with me and so is 11 because I’m retired,” said the retired San Diego police officer.
The selection of vice mayor also generated lots of comments from members, with the majority supporting changing the selection criteria to a rotating system based on what district they represent from the current system based on the highest vote-getter in the last election. Most councilmembers supported the rotation method as long as the member had served for at least one year.
Moving up the non-agenda public comment period of the council meeting also generated considerable comment, with Houlahan advocating at near the beginning of the meeting. Having people wait to well near 11 p.m. to make their statement isn’t fair, he said.
Both Hall and McNelis voiced opinions to keep the public comment section where it is, after new business and before council reports, which means at least a two-hour, and often three-hour delay. Many state cities surveyed have the public comment period near the start of the council meeting, including all other East County cities (El Cajon, La Mesa, and Lemon Grove) as well as County Superviors.
The  Council agreed the current three-minute limit for a public speaker was good and didn’t need changing. The Council also agreed the maximum length for a presentation by a group shouldn’t be more than 15 minutes.
In other action taken by the Santee Council, the body approved without any comment a third amendment to its city manager’s contract following what was apparently a positive job review last month.
The new contract for City Manager Marlene Best includes a one-time, lump sum payment of $20,000 in January, and another $20,000 annually paid out over 26 pay periods starting in 2021.
Best, a resident of Jamul, was hired in February of 2016 at a base salary of $190,000 along with other benefits for her services as Santee’s chief executive officer. According to Transparent California, in 2018 Best earned a total compensation of $280,945 including some $30,000 in benefits. So this latest raise puts her above $300,000 annually.