Sept. 13, 2021 (Santee) -- Both candidates for Santee mayor and one candidate for District 4 have varying opinions on issues but to one question about the biggest crisis besides traffic facing the city, the three agreed it’s racial intolerance. But the three voiced divergent views on housing and development issues, including controversies involving Fanita Ranch.

The candidates responded to questions at a forum held Sept. 10 via Zoom hosted by East County Magazine. Mayor John Minto and Councilman Stephen Houlahan, who is vying to become Santee’s mayor, along with City Council candidate Samm Hurst appeared at the hour and a half forum moderated by ECM Editor Miriam Raftery.

Dustin Trotter, a construction contractor running against Hurst, declined to appear, saying he had a prior scheduled meeting. He also did not respond to a request for a one-on-one interview via Zoom with ECM’s editor, but has responded to questions from ECM reporter Mike Allen, which will be published soon along with in-depth interviews with all Santee candidates.

Minto, who is a retired San Diego Police officer, said the biggest crisis the city faces is “meeting racial intolerance head on, and understanding more about the people who live in this community--who they are, and what their backgrounds are. It has to do with getting along with each other…We can’t stop working to make things right.”

Houlahan, a registered nurse at Sharp Hospital, noted there were at least four crises the city is facing: economic, environmental, the Covid-19 pandemic, as well as racism.  He criticized Minto for dropping the ball when it comes to responding to the public displays of racism at protests held in the city following the death of George Floyd in Minneapolis in May. While the city has a community oriented policing committee (COMPOC), “that has been paralyzed to do anything and take any steps, giving the a appearance that we are not moving forward,” Houlahan said.

Hurst, a UCSD professor, agreed that more needs to be done to address the racial intolerance that was evident at some of the protests and deeply concerned her. She said one way is to establish a Human Rights Commission which would be better in dealing with these racial issues. “We need to have hard talk together….This city needs to be more inclusive than it is at the moment,” she said.

Minto did appoint new members from different races and backgrounds to COMPOC in June, but the fact that the group meets once a month and is fairly large has stymied its effectiveness, he said.

Trotter, a member appointed to COMPOC, has drawn criticism from some racial justice advocates for his membership in Defend East County, a group ostensibly formed to protect against looters after the La Mesa riot, but which has since drawn controversy for racial remarks and threats on Facebook by some members, as well as skirmishes with protesters.

The issue that probably defines the Santee election revolves around the Fanita Ranch housing development planned at the city’s northwestern quadrant, which would add nearly 3,000 new units to the city. The developer now wants to remove a major wildfire evacuation route previously planned for the project.

While neither mayoral candidate stated flatly where they stood on the proposed plan, Houlahan has been an outspoken opponent to new development that isn’t accompanied by improvements to existing infrastructure to accommodate increased density and traffic.

“I have concerns about fires, the traffic, especially on the 52…and can our infrastructure really handle an influx of potentially upwards of a 10 percent increase to our population? Between the fire concerns, the traffic concerns, and the loss of the Magnolia extension, we need to take a long, deep look….and re-evaluate Fanita Ranch,” he said.

In August, developer HomeFed Corp. Requested a delay on the project’s review by the Santee City Council in order to make “some significant changes.” The key was removing a planned road extension from the housing complex along Magnolia Avenue, which would allow current Councilman Rob McNelis to vote on the project. McNelis lives near the planned extension, and his property could benefit financially if the road is built. By removing the extension, McNelis would not have to recuse himself from the vote because of a potential conflict of interest.

Minto said he was floored when he heard about the delay and the conflict of interest. He said while HomeFed has the right to redesign its property as it wishes, a much better solution for an access route from the project would be building an access road to State Route 67 at Harbison Canyon. The proposal was made several years earlier, but was shot down by Supervisor Dianne Jacob, he said. Minto said he was bound by law to not provide his opinion on the project that is pending before the entire council.

Houlahan and Minto clashed over the ethics of accepting contributions from people and PACS tied to projects that are pending before the council for approval. Both Minto and Trotter have taken significant contributions from interests tied to Fanita Ranch and to the redevelopment of the Carlton Oaks golf site.

Minto adamantly defended his accepting contributions from friends who are in the development industry, stating it is both legal and doesn’t affect how he votes.

“I’ve got some friends who are in that business (builders). So does that mean they shouldn’t be able to help me out because they’ve been my friends for 30 years? Probably not.”

Houlahan noted he has never accepted any money from developers, and that by doing so, even if it doesn’t skew one’s views, “is very, very bad optics.”

Hurst was the most transparent about Fanita Ranch, saying she’s opposed to the project, and has provided her objections to it for the environmental impact report. She said the reasons and consequences of removing Magnolia Avenue extension from the project needs to be examined in detail. “I’m very worried about the evacuation plans out of Fanita Ranch, and those have never been properly delineated or disclosed,” she said.

The candidates differed on their approaches to managing the city’s energy needs. Both Houlahan and Hurst support community choice aggregate (CCA) solution, or Santee joining a group of other cities to purchase energy, using a much larger percentage obtained from natural sources such as wind and solar. Citizens could still opt to stay with the current system that uses SDG&E as the energy provider.

The City Council reviewed the possibility of joining a joint powers authority a few years ago, and decided not to pursue it, stating there was too many unknowns, particularly involving the cost savings and the voting power of the city within the JPA.

Houlahan said Santee could save up $1.2 million annually if it joined a CCA. But Minto said even if the city ended up making a profit through the new entity, “we’d never get the money because it would be siphoned off by the other groups (cities).”

Minto said despite a clear economic downturn caused by the pandemic that has damaged many small businesses, Santee is in much better financial shape than many other cities because of its strong property and sales tax base. Houlahan said the pandemic has accelerated a deterioration of the city’s finances that was underway long before he was elected to the City Council, and will likely result in the city engaging in deficit spending shortly to pay its bills. 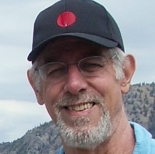