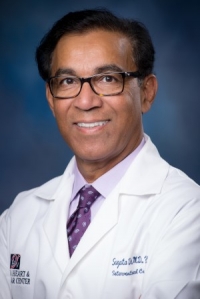 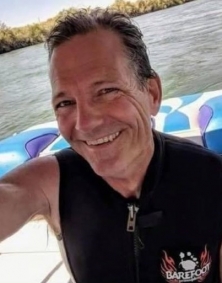 Dr. Das was flying from Yuma to Montgomery Field in San Diego when the flight ran intro trouble.  NBC 7 reports that an Air Traffic Control audio reveals that an air traffic controller repeatedly warned the pilot that his plane was too low, urging him to climb in altitude.  “Low altitude alert, climb immediately, climb the airplane,” the controller said, urging Das to ascend to 5,000 feet. But at 1,500 feet, the controller warned, “You appear to be descending again.”

Das did not respond to these warnings, leading to speculation that he may have suffered a medical emergency in-flight and perhaps lost consciousness before the crash.

The second known fatality was Steve Krueger, a 30-year employee of UPS. Krueger was delivering a package when the plane struck his vehicle, also striking two homes. 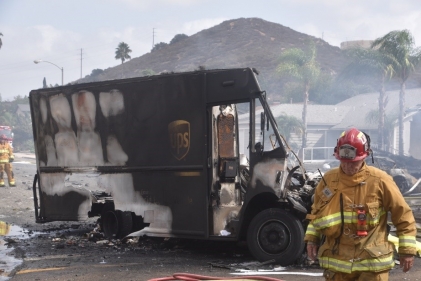 “We are heartbroken by the loss of our employee and extend our deepest condolences to his family and friends,” UPS said in a statement.  The company plans a moment of silence  for all workers today at 12:14 in his memory. “Our employees and Steve’s family need to know that he will always be remembered by his UPS family,” UPS states in a letter sent to employees.

Investigators from the National Transportation Safety Board are expected to arrive in Santee today to begin their probe. It is not yet known whether anyone else was on board the Cessna C340.

The plane crashed at the intersection of Jeremy and Greencastle, about three blocks east of Santana High School.

Fire destroyed two homes and at least five others suffered damage. Debris was found on a dozen properties.