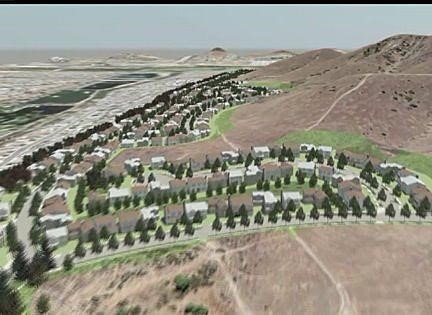 According to a city notice, representatives from the developer, Pardee Homes, as well as from the cities of Santee and San Diego will be available to answer questions.

Construction of Castlerock, just west of Santee Lakes off of Mast Boulevard, began earlier this year, and soon caused complaints from nearby residents over impacts related to grading, traffic, and more.

The project, which has been in the works since 2003, consists of 415 homes, a four-acre public park, a multi-use trail, and public streets. It was approved in 2013 by the city of San Diego. That same year, the Santee City Council approved annexing the 204-acre site.

Santee city officials said annexation was the best option given that virtually all the services for the project would come from local sources. Unless the area was annexed, the city would lose out on all the property tax revenue to help defray those costs.

View a statement on the city of Santee’s webpage here.

Any questions on the meeting can be directed to Santee senior planner John O’Donnell at jodonnell@cityofsanteeca.gov.