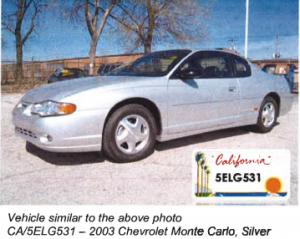 Update 2 a.m. - The couple has been found safely in Kern County and will be reunited with their family, the Sheriff Department reports.
By Liz Alper
January 11, 2016 (Santee) - Sheriff's deputies in Santee are urging the public to be on the lookout for a missing elderly couple, KUSI reports.

The couple, Marlin Stewart, 88, and his wife Norma Stewart, 81, left their home and were last seen driving a 2003 silver Monte Carlo.  They were reported missing today by Norma's sister Bonnie Harker.
The license plate number on the car is 5ELG531.  It is a California license plate. 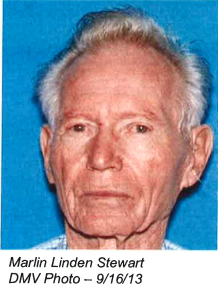