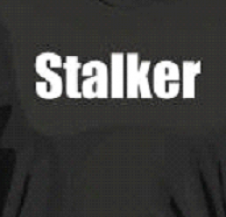 The descrptions were nearly identical, though in the earlier sightings some described the suspect as Hispanic or Indian, and he wore a baseball cap and T-shirt.

A community member who asked not to be identified has told East County Magazine that the suspect spoke to at least one of the girls, asking if she wanted a ride. The source called the stalking  “very scary,” adding, “I think the Santee community needs to know this creeper is still out there.”

Fox 5 news reports that the suspect may also be on the prowl near Parkway Plaza.

Anyone with information on the identity and location of the suspect is asked to call Detective Mateus at (619) 956-0274, or call Crime Stoppers at (888) 580-8477 with information and you will remain anonymous. You may be eligible for up to a $1,000 reward for information leading to a felony arrest.