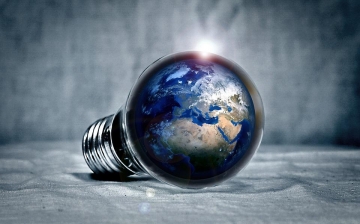 By Mike Allen
October 28, 2019 (Santee) -- The Santee City Council voted for the second time to establish a community choice energy program, but put the brakes on joining a joint powers authority being formed with the cities of Carlsbad, Del Mar and Solana Beach.
Once, the proposed JPA for a community choice program with three North County cities was extolled as a winning concept that would provide rate reductions for customers, more local control, clean energy and benefits to the environment. But this week, a majority of Santee councilmembers voiced doubts.
The arrangement changed radically earlier this month when the County Board of Supervisors voted not to join the North County JPA, called the Clean Energy Alliance. The board said it wanted to study more aspects of the concept, and hold discussions with future partners with other cities.
Without the participation of the county and the thousands of customers it has, Santee councilmembers decided the risks were too great.
Mayor John Minto said while he was still very much in support of a CCA, he wanted to “put the brakes on this.”
“I’d rather see us form an alliance with like-minded cities in our region,” Minto said. “The (Clean Energy) Alliance is not the best idea for us right now.” 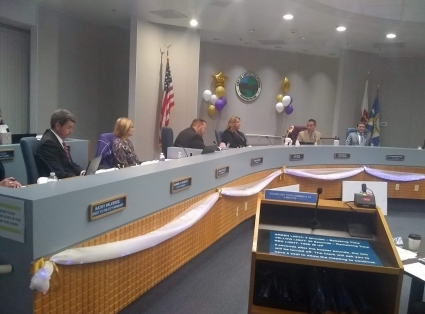 Councilmembers Rob McNelis, Lara Koval and Ronn Hall all raised possible problems with the JPA, and said there would be other opportunities in the future.
“Jumping on a fast train just because it’s going fast doesn’t necessarily make it right,” McNelis said. “We have to do something but it doesn’t have to be this thing.”
McNelis said the lack of guarantees in the JPA, and the possibility of the state stepping in and taking over the CCAs if it desired “scares the hell out of me.”
“They could take the whole thing over and they already have a history of doing it,” he said, referring to the state of California’s decision about10 years ago to take all the funds amassed by all the redevelopment agencies in the state.
Councilman Stephen Houlahan was the sole voice favoring joining the JPA, saying by being a founding member Santee could have more influence in the rules and how it was run. He noted the CCA would generate savings to customers and give the city the ability to use profits from the savings on energy-related projects such as electric car recharging stations.
“We pay the highest electric and water bills in the United States,” Houlahan said. “One thing for sure is that SDG&E will increase its bills.”
Houlahan made a motion to join the JPA, but it died for lack of a second.
Under a CCA, existing utilities continue to deliver and maintain power lines and all operations including billing, but defers the power purchasing to the CCA. There are 19 CCAs operating in the state, but more are forming including one JPA headed by the city of San Diego that now includes the cities of Chula Vista, La Mesa and Encinitas.
Experts told cities that CCAs can provide at least 2 percent savings on utility bills while giving them the ability to buy more power from renewable sources such as solar, wind, and biomass fuel. However, some critics say utilities could charge higher exit fees for each customer, resulting in higher costs for CCAs.
Also all CCAs must hire specialists to buy power and maintain the new agency.
From a group of about a dozen speakers on the CCA issue, the majority were in favor of joining the Clean Energy Alliance, saying the arrangement makes fiscal sense while helping to stave the onslaught of carbon emissions that have warmed up the earth’s atmosphere resulting in higher incidents of extreme weather conditions.
Van Collinsworth, executive director of Preserve Wild Santee, an environmental advocacy group, listed a number of recent climate disasters including typhoons, wildfires, and tornados, all due to the continued warming of the atmosphere. “These things are getting worse and will continue to get worse because emissions are trending upwards,” he said.
Christopher Bout, who said he was in the energy business, took exception to all the doomsday predictions, and "guilt trippers."
He said he recalled former President Jimmy Carter saying the polar ice cap will melt, and that it wouldn’t be long before the environment “collapses on itself.”
With a clear majority of the council against joining the proposed JPA, Minto said instead of taking a vote, they would direct city staffers to hold discussions with the county, as well as other county cities that aren’t already a part of a JPA including the cities of El Cajon and Lemon Grove.
Minto ended his comments by stating, “The bottom line is that we’re still doing it (forming a CCA).”