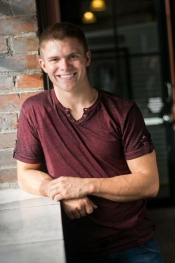 May 1, 2015 (Santee) – Ryan Willweber, a track star and junior at West Hills High School in Santee, has died of injuries sustained in a crash yesterday afternoon.  Two other students were injured, including Willweber’s brother, who reportedly suffered broken bones.

An SUV reportedly struck the sedan in which the students were traveling, pushing it into an oncoming pickup truck, Fox 5 News reports.  The accident occurred on Mast Boulevard in front of the campus.

Willweber was airlifted to a hospital, where he was pronounced dead.  The other students were taken by ambulance to the same trauma center.

A young man who likely had a great future. His family must be devastaded..