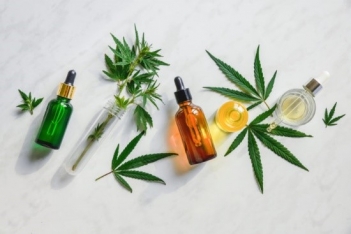 November 22, 2022 (Santee) -- Santee may be late to the party that other city governments have joined, allowing the sale of cannabis, yet it’s in no hurry to figure out how it will be permitted and managed.

The city that previously banned the sale of the still federally-prohibited herb seven years ago has held six public workshops leading up to adopting an ordinance in August permitting its sale.

At its most recent meeting Nov. 9, the City Council determined that the four retail cannabis dispensaries allowed inside its borders would be selected through a merit-based system, instead of a first come, first served method, or a lottery.

City Manager Marlene Best said the merit system would likely give the Council far more control in getting quality businesses and would avoid having people camping out at City Hall to get the few available permits.

The applications will be determined based on past business experience, a site analysis, background checks of permit holders, and a financial analysis of the people seeking the permits, Best said.

To provide some information of where the possible shops might be located, the city created an interactive map that shows places where the dispensaries might be located. The map can be viewed at the city’s website at https://www.cityofsanteeca.gov/business/cannabis-business

Although the map should help in terms of giving information on where such cannabis businesses can be located, the ultimate decision about the permits rests with the Council, said City Attorney Shawn Hagerty.

“This is really just an informational tool to start with,” Hagerty said. “You (prospective applicants) have to do your own due diligence, and the only decision that ultimately matters is what the City Council will decide.”

The areas that show allowable sites are generally south of Mission Gorge Road and in the city’s light industrial and commercial zoned properties. Because of a 900-foot buffer around sensitive use sites such as churches, schools and youth centers, many potential parcels are ruled out.

Before elected officials can determine who gets a permit, the city will first have to adopt a set of rules covering the application process, fees, monitoring, and renewal rules. To decide on such issues, the city retained HdL Cos., a Brea-based company that has advised many other cities in the state to complete a fee study and other research.

Not all Santee residents are thrilled about the prospect of having cannabis available for sale within their community. Becky Rapp, a public health teacher, said if the Council’s intent in adopting the legal cannabis sale law was truly a preemptive measure to gain more control, then the city should apply utmost scrutiny to applicants in the review process.

“You are under no restrictions in processing these applications,” Rapp said.

Mayor John Minto, who voted against the ordinance in August, agreed, stating the city should go very slowly in reviewing applications, and determining who gets a permit.

Vice Mayor Ronn Hall, who also voted against the ordinance, said the city should grant one permit in the first year to see how everything works, and then do subsequent permits in each of the following years.

“We don’t want to be like La Mesa,” Hall said. “They’ve got 12 right now and they’re working up to getting 18….Let’s make sure we go slowly. I don’t think we need to go with four right away.”

Later, Hall commented that while he opposed the sale of marijuana in the city, he recognizes the strategy the majority of the Council supported to obtain more control over the process. The three Councilmembers who voted for the ordinance said unless the city passes its own law, it would face a legal challenge from an outside entity that would likely result in the city losing in court, and having to deal with a far more permissive program surrounding cannabis sales.

“I don’t like it, and I feel most of the city doesn’t want it,” Hall said. “Pot leads to other things…I still consider it a gateway drug.”