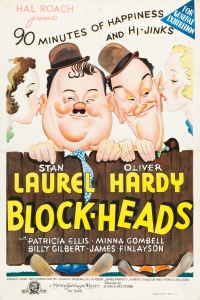 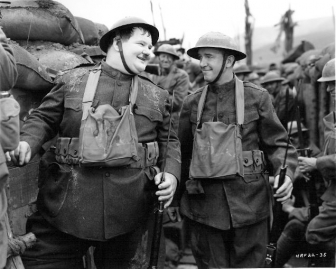 In the second of five 40th anniversary programs. the Saps will screen another riotous Tex Avery cartoon. Next, the hilarious short "Going Bye-Bye!" (1934) Stan and Ollie testify against murderer Walter Long, who vows revenge on those two and then escapes. The Boys are joined by Mae Busch all rushing to get out of town. Then, Charley Chase is joined by Thelma Todd in the mistaken identity laugh fest (and grand sheik John Field's favorite short of his), "The Pip From Pittsburgh" (1931).

After intermission treats galore, the Saps will screen "Block Heads" (1938). Stan and Ollie are war buddies who become separated when Stan is ordered to guard his post and does. 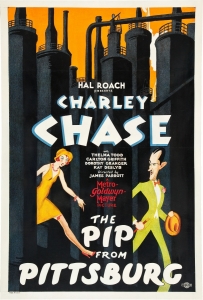 One brilliant gag after another awaits. Join the Saps for another evening of good times.   For more information, visit the official Saps at Sea San Diego Facebook Page at https://www.facebook.com/groups/111118255744315/.