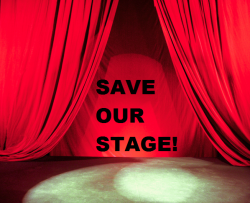 April 6, 2012 (El Cajon) – A bipartisan group seeking to save the East County Performing Arts Center (ECPAC) held its first meeting late last month.  Others concerned with joining the effort are invited to attend a larger meeting set for Monday, April 9 at 5 p.m.  The meeting will be held at the East County Chamber of Commerce office at 201 South Magnolia Street in El Cajon.

Individuals who have sometimes locked horn in the past on Council issues have joined together for the common good of saving the theater after Council voted to give a developer an exclusive 180-day-period to submit a proposal for tearing down the theater and putting a hotel in its place.

Raymond Lutz with the Grossmont Community Concerts Association and Citizens Oversight Projects has posted a petition urging that the theater be saved is available online here:  http://www.ipetitions.com/petition/save-ecpac/

The petition reads in part:“The community worked hard to get the 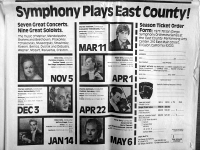 theater built and we want to ensure that it is reopened and operated for all stakeholders in the community. The future of ECPAC can be much more than the El Cajon City Council has been able to envision. If we work together, the theater district can be a gleaming attraction for people all over the county, and a robust boost to the music and performance cluster in the East County.”