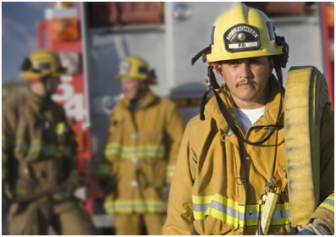 November 22, 2017 (San Diego’s East County) – Last year, 69 firefighters in the U.S. died in the line of duty, the National Fire Protection Association reports. But far more --139–took their own lives.

So far this year, 86 firefighters have been lost through suicide—including Cal Fire Captain Ryan Mitchell, who killed himself at the Pine Valley Bridge in San Diego’s East County earlier this month.

Jeff Dill, CEO and founder of the Firefighter Behavioral Health Alliance (www.ffbha.org) , is determined to save firefighters’ lives  through special workshops designed by a firefighter, for a firefighter.

The workshops are offered to fire departments across the nation. They focus on behavioral health awareness, suicide prevention, and making resources available to help firefighters and their families.

“Five years ago, no one was taking down these names and numbers,” says Dill,  a retired battalion chief who got his masters degree in counseling in Illinois and has since done research to compile data on firefighter suicides, then went on to create programs to help prevent such tragedies.

Since 1880, when the earliest known suicide occurred (a fire chief in Auburn, New York),at least  1,078 firefighters have killed themselves.  Sixty of those deaths were in California, the fifth highest rate in the nation after Illinois, Texas, Pennsylvania and New York, the FFBHA reports. 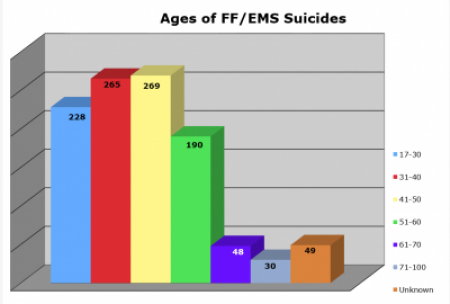 The vast majority – 838 – were active duty; 177 were retired, while a few were on disability, had been fired or resigned.

Most firefighter suicides are with guns, which accounted for 627 of the 1,078 deaths to date.

Why do so many firefighters take their own lives?

Too often, the cause is unknown. The number one known cause is marital or family relationship problems.  Second is depression, followed by addictions, physical or mental health issues, as well as post-traumatic stress disorder (PTSD).  Health-related suicides have increased sharply due to cancers among firefighters during the September 11, 2001 terrorist attacks.

“Are all of these wrapped up together? Absolutely, in what we call cultural brainwashing,” Dill says.

Firefighters are trained to be strong.  Some may view it as a weakness to ask for help.

To any firefighters contemplating suicide, Dill offers this advice. “I would ask them to either clal their peer support teams or call us, and we will find you a qualified counselor who works with fire and understand our culture. We will vet, for free, and find counselors you can work with.”

He also wants firefighters to know “that it is okay; we are at our strongest when we ask for help ourselves.”

The public can help by donating to the FFBHA, a 501c3 nonprofit.