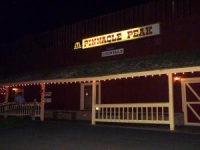 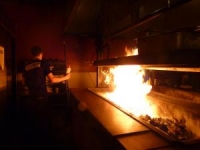 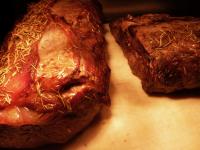 March 5, 2014 (Santee) – With its mesquite-grilled steaks and walls lined with neckties snipped from good-spirited patrons, Pinnacle Peak has long been a favorite dining spot in East County.  Many of our readers savored prime rib from Pinnacle Peak at our holiday party and next up, will be enjoying a special New Orleans-style feast at our Mardi Gras party March 12. (View your invitation here.) 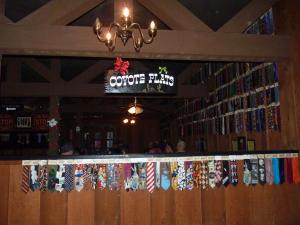 But the restaurant isn't closing after 30 years of serving the community. Instead, they'll be relocating to the heart of cowboy country in East County's Lakeside.  Soon, Pinnacle Peak will be moving into the former Lakeside Steakhouse location on Maine Street in downtown Lakeside.  But there’s still time to stop by the original location for old times sakes! 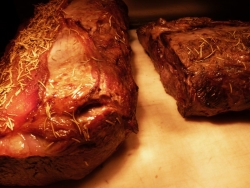 The original Pinnacle Peak started out in Arizona, back in the 1950s a a store selling bait to fisherman.  It soon became a steakhouse and saloon known for serving up cowboy cooking in the spirit of the Wild West.

The restaurant promises hearty fare for the working man (or woman) at affordable prices. That said,   through the years, the flagship location also became a magnet that drew Hollywood  luminaries and other celebrities such as Paul Newman, Glen Campbell, Liza Minnelli, President George W. Bush, Tanya Tucker and Tom Cruise.

The restaurant is perhaps best known, however, for its dedication to casual wear—and it became when a city slicker came in wearing a suit and tie.  The customer was told to remove his tie or have it cut off.   He didn’t heed the warning, and his tie wound up hanging on a rafter with a “No ties will be allowed” sign.

Since then, Pinnacle Peak has snipped off tens of thousands of ties—many of them proudly displayed lining the rough-hewn wooden walls at Pinnacle Peak in Santee.

Recently one local patron came in sporting a chain-mail tie, only to find the wait staff obligingly used bolt-cutters to shear it off – much to the delight  of onlookers. 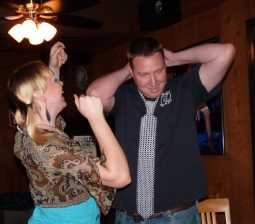 Each evening, the restaurant fires up its mesquite grill, sending sparks flying as flames leap to life.  Soon patrons are savoring the aromas and flavors of mesquite grilled steaks, prime rib, chicken and more with sides such as chuckwagon-style beans and flame-grilled corn the cob.

The restaurant includes a bar with a variety of creative cocktails, from cactus coolers to purple cowboys. There’s also a party room – where you can join East County Magazine’s Mardi Gras celebration complete with live music by the Bayou Brothers award-winning musical band and have a chance to win thousands of dollars in prizes. 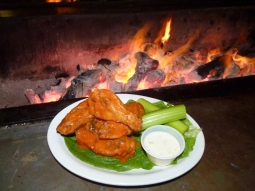 Be sure to wear your most outrageous tie (that you don’t mind losing) and you just might win our “Craziest Tie Contest.”

You can read more 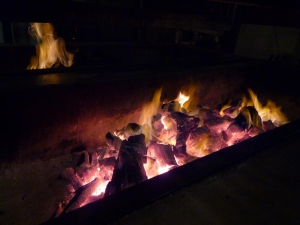 about Pinnacle Peak Santee at their website, http://pinnaclepeaksantee.com/ and watch for details soon on their grand opening later this year in Lakeside, just one block from the Lakeside Rodeo Grounds.  Yeee ha!