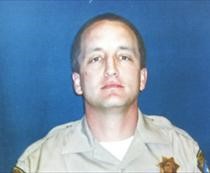 March 4, 2015 (El Cajon) - Days before a trial was set to begin in the wrongful death case of CHP officer Mark Saylor and his family, a settlement has been reached with a former El Cajon Lexus dealership in El Cajon.

Saylor was driving a loaner car from the dealership on State Route 125 in Santee August 28, 2009 with his wife, daughter and brother-in-law as passengers. In a panicked call to 911, his brother-in-law reported that the accelerator was stuck and the brakes didn’t work.  The call ended abruptly – as the out of control Lexus struck a Ford Explorer, then burst into flames and plummeted over an embankment into the San Diego River.

The case sparked recalls of 10 million Toyota and Lexus vehicles as well as lawsuits against Toyota, maker of Lexus.

Toyota previously paid a $1.2 billion settlement following a Justice Department investigation that revealed a cover-up of safety problems. The pay-out included $10 billion to the parents of Saylor and his wife. Additional settlements for other wrongful death claims have also been paid.

Investigations by the San Diego Sheriff found a sticking floor mat likely caused the accident; the U.S. Justice Department found Toyota knew since 2007 that improperly installed floor mats could cause accelerators to jam.

The suit against the El Cajon Lexus dealership alleged that the dealership ignored warnings from Toyota and further, replaced factory mats with oversized rubber mats normally used in SUVs.

UT San Diego reports that the dealerships’ legal team argued the car model was defective due to inadequate clearance between the pedal and the floor, lacked an override braking system and had confusing button designs for ignition and shifting, among other claims.

Terms of the settlement deal in the Saylor family’s case against the Lexus dealership have not been disclosed.