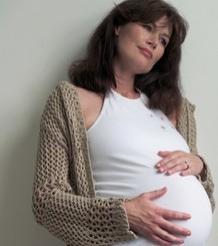 February 15, 2016 (El Cajon) – The East County Pregnancy Care Clinic in El Cajon is among the plaintiffs in a case set for appeal to the U.S. Supreme Court. At stake is whether or not the state of California can require “crisis pregnancy clinics” established by religious or other anti-abortion groups to post notices informing low-income women patients of their rights to obtain free or low-cost abortion, contraception and pre-natal care through public programs—including a phone number to call.

The clinics have lost in court three times, most recently in early February.  They have vowed to appeal to the U.S. Supreme Court. But the death of conservative Justice Antonin Scalia means the case could deadlock, in which case the lower court’s ruling against the clinics would stand.

Josh McClure, executive director of the clinic in El Cajon, has refused to post the sign required by the state’s new law. “I don’t want to put up a sign telling you where you can go for an abortion. The sign is not up now because it’s unconstitutional,” he told the New York Times.

Judges have thus far disagreed, since the law places no limit on what the clinics can tell women, but only requires that the patients be advised through posted written notices of services available through the state, both for women who choose to continue their pregnancies and for those who opt to terminate them.

The New York Times reports that the El Cajon clinic distributes misleading information to women, including literature that warns women that abortion causes “an increased risk of breast, cervical and ovarian cancer.”  The National Cancer Institute refutes that claim, concluding that “women who have had an induced abortion have the same risk of breast cancer as any other women” and that abortion has not been linked to any other forms of cancer, either.

The El Cajon clinic operates in a city with the highest poverty rate in San Diego County and serves a high number of immigrants and refugees. About half its patients are reportedly unmarried.

The National Abortion Rights Action League (NARAL) investigated pregnancy centers run by religious groups, which seek to dissuade women from having abortions.  Nationwide there are about 3,000 anti-abortion clinics, according to LawNewsz.

NARAL found about 170 to 200 such centers in California alone and claims the centers are mostly unlicensed, many providing misleading information to women. Contraception advice to avoid future pregnancies may be limited to abstinence or the rhythm method, with no discussion of options such as the pill, IUD, diaphragm or other methods.

Pregnant who seek to avoid religious-run pregnancy crisis centers and find healthcare clinics offering a full range of options including abortion and all contraception services may visit http://prochoice.org/ for a list of clinics in their area, or visit Planned Parenthood.