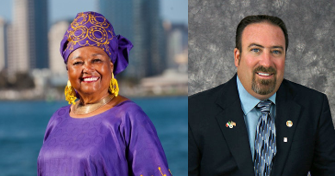 October 12, 2020 (San Diego’s East County) – Helix Water District Director Joel Scalzitti faces three challengers—including Vickie Butcher, who brings a “reservoir” of knowledge on water issues as well as decades of experience in water policy and infrastructure to the race. The other two challengers have no ballot statements and an online search found no campaign webpage or Facebook site.

Vickie Knight Butcher, J.D. has served on the State of California Water Quality Control Board and on the El Cajon Planning Commission for 12 years. She founded the nonprofit Water for Children Africa (WCA). As Executive Director, she’s taken teams of volunteers to Africa to provide safe drinking water to rural villages, schools and clinics. She’s traveled to 16 nations learning about water and returning to San Diego to teach about water issues, also hosting 20 Africa Trade and Business Conferences. 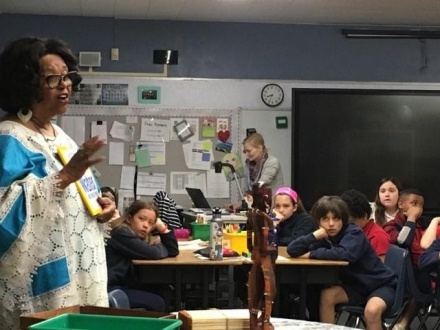 She has a law degree and a teaching degree and has taught at primary, secondary and community college levels. She’s also been active in service clubs including serving as past president of Sunrise Rotary Club in El Cajon. She’s served on the San Diego Human Relations Commission, ran for Congress in 2008, and is past president of the San Diego County Medical Society Alliance, where she founded a breast cancer support group. In addition, she’s served as President of the Golden State Medical Auxiliary to the National Medical Association and the San Diego World Affairs Council.

An East County resident for 38 years, Butcher raised her five children here and is now a grandmother.  Her late husband, Dr. Richard O. Butcher, a prominent physician, was president of the National Medical Association, 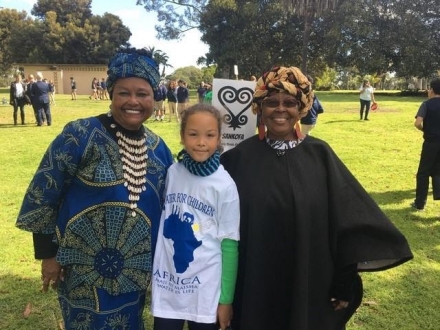 She pledges, “I will do everything in my power, as one vote on a board of five, to keep the water rates as low as possible within the guidelines of fiscal responsibility…In light of the COVID-19 crisis, it is important to review rates for the communities’ water source in order to relieve stresses if possible.”

She also wants to retain online streaming of Helix Water Board meetings for the public to be able to view at home and post recordings online for at least a year for constituents to view.

Butcher has traveled to the Colorado River on the state’s water review board to gain understanding of the issues faced in procuring this vital resource for our region. “I have a vast reservoir of information to bring to this board,” she says. “My passion and dedication give me a voice and an impact that is making our world a better place, one drop at a time.”

Joel A. Scalzitti has served on the Helix Water District Board since 2012.  He is a member of the board’s Water Quality and Resources Committee, the Parks, Land, Lakes and Garden Committee, and the Advanced Water Purification Ad Hoc Committee.  He also represents Helix on the San Diego County Water Authority, along with Director Kathleen Hedberg.

In his ballot statement, Scalzitti says, "Public service is my passion and I promise to continue the honorable fight for fiscal responsibility at the Helix Water District." 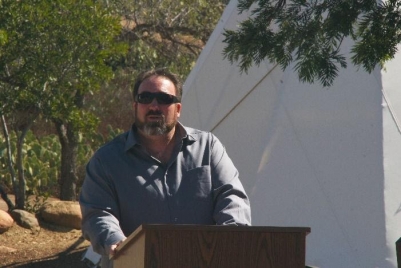 A key accomplishment for Scalzitti was leading efforts to save the Lake Jennings campground from closing down, convincing the board to postpone the action for a year, during which a committee drew up plans that revitalized the facility and restored profitability. (Photo, right: Scalzitti during “tipi reveal” event at Lake Jennings)

Scalzitti has also drawn scrutiny over controversies.  He was previously elected to the board in 2000, but ordered by a judge to resign after Director John Linden filed a residency challenge.  Judge William Howatt wrote in his decision, “It is unfortunate that this Court must address both the character and the mendacity of Scalzitti to reach a conclusion…those who assume a public office should not do so for personal advancement or private advantage…This service cannot begin with a deception.”  Yet in 2002, Scalzitti falsely stated he had never been convicted of a crime when he applied for a real estate license, though he’d been convicted of driving without a license in 1997. In a plea bargain, he admitted guilt and was granted a restricted real estate license.  In 2018, Scalzitti ran for Mayor of El Cajon and declined an interview, claiming he was too busy due to running several businesses and serving on the water board.  (He owns a water trucking business, along with his wife, as well as Mary’s Donuts in Lakeside.) A subsequent ECM investigation found Scalzitti had many tax liens filed against him by the city of El Cajon, the County of San Diego, and the State over several years. Those tax liens have since been paid off.

A web search found no campaign site for Scalzitti in 2020, however in his 2012 campaign he said he would support a “water budget approach for each ratepayer.”  He pledged to increase water storage, which has largely occurred, and to improve transparency. But in 2013, he was on a committee that would have allowed the Helix Water Board chair to limit how often a member of the public could speak at meetings, an action criticized as undemocratic by David Smyle, a fiscal conservative and frequent critic of the board. The guidelines would also have required any board director in contact with the media to notify the full board, a proposal criticized as muzzling elected officials and intimidating whistleblowers. Scalzitti later said he thought directors should be able to talk to the press, and interpreted the guideline as a “courtesy notice” to other directors. The guidelines would have empowered the board majority to punish violators with punitive actions such as denying per diem payments and removing a board member from committees.

No one ran against Scalzitti in 2016, when he was reelected unopposed.

Luis P. “Lu” Tejeda, a project manager, is a former employee of the Helix Water District’s operations and engineering departments. He did not submit a ballot statement and a Google search found no campaign website for Tejeda in 2020.

He previously won election to the Helix Water District Board of Directors in November 2016 but resigned in January 2017 following a residency challenge, citing a conflict of interest due to a new job.  He claimed his resignation was unrelated to the residency challenge filed by one of his opponents, Dan McMillan, which contended he did not live in the district.  Tejeda owned property in the district but also owned a home outside the district. He was registered to vote at the non-district address, which was also on his driver’s license.Tejeda told ECM at the time that his residency violation issues had been “resolved” with the District Attorney. During his 2016 campaign, Tejeda pledged to hold the line against water rate increases and voiced support for the district’s decision to sell off land in El Monte Valley to a sand miner, though he thought the sale price was too low.

Tyler Logan Martin did not submit a ballot statement.  A google search did not find a campaign website or Facebook page.  He did not list an occupation with the Registrar of Voters, only an email, ty@tylogan.com.  The website TyLogan.com indicates he was raised in Indiana and holds a Master of Education from Valdosta State University in Georgia. He has worked as a student loan counselor for Sallie Mae and as a financial aid assistance at Valdosta. Today he creates web content, also offering document editing and English as a Second Language tutoring, as well as career readiness seminars. His professional website makes no mention of water issues or experience.

El Cajon Councilman Gary Kendrick has worked with both Butcher and Scalzitti, and offered praise for each of them.  Kendrick said he endorsed Scalzitti before learning that Butcher was running.

“I serve with Joel Scalzitti on the Advanced Water Purification [Joint Powers Authority] board; he’s an ex-officio member and he is very knowledgeable about water issues,” Kendrick said, adding, “I served with Vickie Butcher on the [El Cajon] Planning Commission; she is very knowledgeable on planning issues and is one of the nicest people I know.”

I went to school with the Butcher's at Montgomery and Granite Hills when they moved into our neighborhood back in the 70's, such a wonderful family, good people. Inspiring to hear that she is still staying active and healthy. A model of what all public servants should be, she'll get my vote without a second thought. This was a very nice read.

Having lived in San Diego, and now living in Lancaster, California, and knowing Vickie Butcher for many years, once when we were both members of the Bethel A.M.E. Church, while I was President of the Bethel A.M.E. Prison Ministry, I have many fond memories of Vickie. As a matter of fact, it was actually Vickie who introduced me to Bethel A.M.E. Church, and I joined the church after visiting her bookstore in downtown San Diego. I was also introduced to her "Water for Africa" project, which she holds dear to her heart. Again, she is an amazing woman and if I was still in San Diego I would vote for her and lend all the support I could give for her candidacy. Yes, she is a model of what all public servants should be!