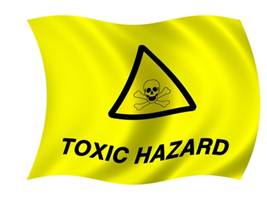 May 27, 2015 (El Cajon) – Parents have filed a class action lawsuit against Ametek Aerospace & Defense in El Cajon, alleging that the company dumped toxic waste into the ground for 20 years, from 1963 to the 1980s.  The site is located next door to Magnolia Elementary School, where children have been suffering mysterious health problems.

Attorney John Fiske told ECM news partner 10 News that the company dumped up to 7,000 gallons of chlorinated solvent waste, creating the largest underground plume of TCE in California.  The dumping stopped in the ‘80s but a plume more than a mile long still exists, going all the way to Gillespie Field.

Parents want the company to foot the bill for monitoring the health of children exposed. Local health officials claim there is no evidence that the plant poses a serious immediate health hazard, but 10 News reports cancer levels are higher than normal.

Thousands of students, teachers and employees who attended or worked at Magnolia Elementary School in El Cajon could potentially be impacted.

Ametek has been fined for its failure to clean up the subterranean toxic wastes, but the contamination remains.