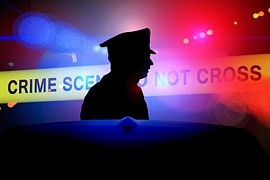 November 14, 2017 (San Diego) -- Another mass shooting has occurred, this time northern California, where a gunman killed four people  and injured 10 before being shot dead in a shoot-out with law enforcement on Tuesday.

The shooting was spread out over seven randomly selected locations according to Assistant Sheriff Phil Johnston, and included Rancho Tehama School northwest of Chico. Children were among the injured, but all of those killed were adults, according to Johnston. The shooter’s motive is not yet known.

The death toll might have been far worse, if not for the school locking out the gunman and securing students safely in classrooms – a lesson learned after the tragic mass school shooting at Sandy Hook..

A semi-automatic rifle and two handguns believed to be used by the northern California gunman have been recovered. Semi-automatic weapons have been used in many of the recent and most horrific mass shootings, including the Las Vegas massacre and the gunning down of parishioners at a  Texas church just in the last few weeks.

Gov. Jerry Brown said in a statement, "Anne and I are saddened to hear about today's violence in Tehama County, which shockingly involved schoolchildren. We offer our condolences to the families who lost loved ones and unite with all Californians in grief."

Vice President Mike Pence tweeted “Saddened to hear of the shooting in Northern. California, the loss of life & injuries, including innocent children. We commend the effort of courageous law enforcement. We’ll continue to monitor the situation & provide federal support, as we pray for comfort & healing for all impacted.”

Locally, Alpine parent Lou Russo called on his child’s school district to give priority to spending on safety measures to protect students, instead of money being expended on athletic fields and litigation over a new high school.