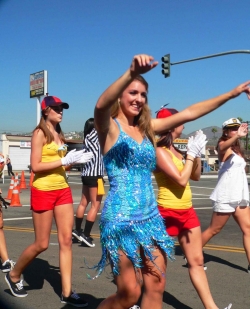 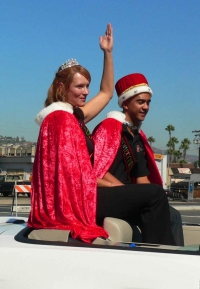 From floats such as a giant black cat to cars draped with spiderwebs, parade participants showed their Halloween spirit. SDSU’s homecoming king and queen led a procession of cheerleaders, some turning cartwheels down the street. A drum majorette marched in front of Aztec band members clad in spooky and kooky costumes. Flappers, mermaids and vampires mingled with ghosts, ghouls and goblins. 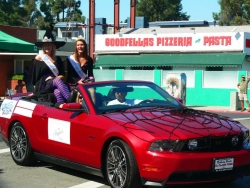 Other parade participants ranged from a spectral figure on stilts to a pirate ship on wheels. Teen princesses dressed up as spellbinding witches. Other costumed participants rode bicycles and skateboards. Councilwoman Marti Emerald served as grand Marshal, while Assemblyman Marty Block rode in on the Wells Fargo Stage Coach. 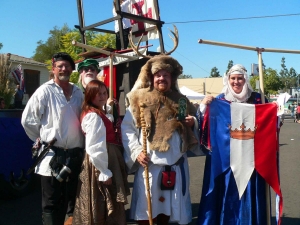 “We do historical recreations, from the Battle of Hastings to the death of Queen Elizabeth I,” said Lady Babette, a reenactor aboard a Medieval-themed float sponsored by the Kingdom of Neuve. Participants such as Sir Warhammer engage in combat using real swords.

At the tail of the parade, Mother Goose heralded in the holiday season - and served as a reminder to all of  El Cajon's Mother Goose Parade coming up Thanksgiving weekend, the largest parade of its kind west of the Mississippi. 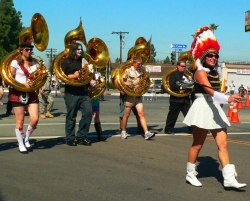 SDSU has held parades since the 1930s; the fifth annual BOO! Parade follows in the Aztec tradition. 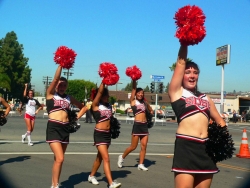 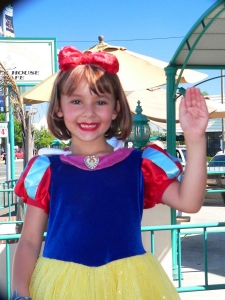 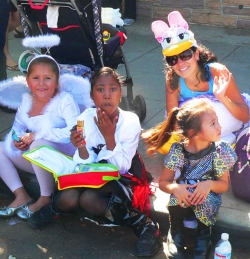 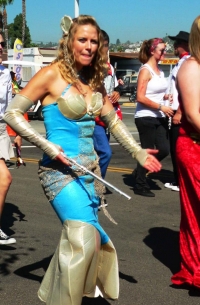 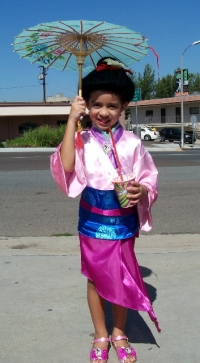 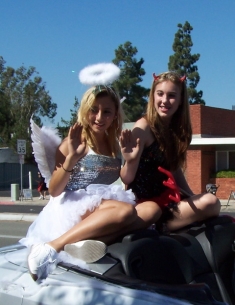