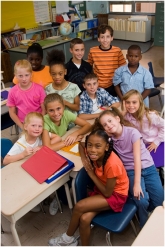 September 9, 2011 (San Diego) - Although power has now been restored countywide, public schools will be closed today across San Diego County. In addition to K-12 schools, closures have also been announced at San Diego State University, the University of California San Diego, Cuyamaca College, and Grossmont College.  Some private schools, including Thomas Jefferson School of Law, have also announced closures.  If in doubt, check with your school or school district.

San Diego County Courts will be open for business as usual, with power restored.

I've bookmarked your blog so I can keep up with news like this, thanks again.
Ethan - Infusion Art