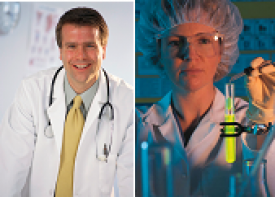 August 30, 2014 (San Diego’s East County)-- Our Health and Science Highlights provide cutting edge news that could impact your health and our future.

surgeons in Beijing, China, have successfully implanted an artificial, 3D-printed vertebra replacement in a young boy with bone cancer. They say it is the first time such a procedure has ever been done.

(Reuters) - Staff with the World Health Organisation battling an Ebola outbreak in West Africa see evidence the numbers of reported cases and deaths vastly underestimates the scale of the outbreak, the U.N. agency said …

A whole functional organ has been grown from scratch inside an animal for the first time, say researchers in Scotland.

Painkillers will be tougher to get this fall (Marketplace.org)

Starting this fall, it will be more difficult to get commonly prescribed painkillers, such as Vicodin.  The Drug Enforcement Administration has announced a new rule that reclassifies drugs containing hydrocodone. That means most consumers will be forced to get their prescription in person — no more over-the-phone refills.

Are Earthquakes Linked To Drought?  (KPBS)

The 6.0-magnitude quake in Napa, California is causing some to take second look at UC San Diego research that indicates an uplift in the earth's surface — caused by the drought — is causing seismic activity to spring up.

For sale: systems that can secretly track where cell phone users go around the globe (Washingotn Post)

Makers of surveillance systems are offering governments across the world the ability to track the movements of almost anybody who carries a cellphone, whether they are blocks away or on another continent.

The waste fibres from hemp crops can be transformed into high-performance energy storage devices, US scientists say.