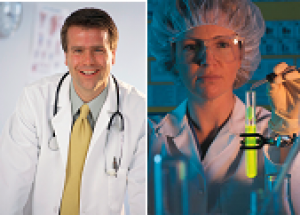 September 12, 2014 (San Diego’s East County)-- Our Health and Science Highlights provide cutting edge news that could impact your health and our future.

Cause of ALS is found, Northwestern team says (Chicago Tribune)

Researchers at Northwestern University say they have discovered a common cause behind the mysterious and deadly affliction of amyotrophic lateral sclerosis, or Lou Gehrig's disease, that could open the door to an effective treatment.

The Pentagon will send a 25-bed field hospital to Liberia to help provide medical care for health workers trying to contain the fast spreading Ebola virus that has killed 2,100 people in West Africa.

A spike in severe respiratory infections in children has the Centers for Disease Control and Prevention asking doctors and patients to act quickly if children have difficulty breathing and wheezing.

Ebola spread is exponential in Liberia, thousands of cases expected soon: WHO (Reuters)

The Ebola virus is spreading fast in Liberia, where many thousands of new cases are expected over the coming three weeks, the World Health Organization said on Monday. The organization noted that motorbike-taxis and regular taxis are "a hot source of potential virus transmission" because they are not disinfected in Liberia, where conventional Ebola control measures "are not having an adequate impact".

CDC Director On Ebola: 'We Are Definitely Not At The Peak' (NPR)

Dr. Tom Frieden, director of the Centers for Disease Control and Prevention, has arrived in West Africa to assess the Ebola outbreak. The situation in Liberia, he says, is "absolutely unprecedented."

New Ebola Vaccine Is Tested In Humans, After Success In Monkeys (NPR)

The vaccine was developed by researchers at the National Institutes of Health and at Okairos, a Swiss-based biotech company owned by the British drug company GlaxoSmithKline.

Adding nuts to our diet is already considered a good strategy for lowering the risk of heart disease by reducing low-density lipoprotein (LDL), also known as “bad” cholesterol levels. A recent study conducted at St. Michael’s Hospital in Toronto suggests eating tree nuts such as almonds, cashews, and hazelnuts can improve the results of both HbA1c tests and fasting glucose tests for type 2 diabetes patients.

Advocates for people with autism applauded the move, but some states are concerned about the costs of covering a wide range of therapy for children with autism.

Drug-resistant superbugs cause 23,000 deaths in the U.S. each year.

General Motors Co will introduce in two years its first car that can communicate with other vehicles to help avoid accidents and ease traffic congestion, Chief Executive Mary Barra said on Sunday. In the same time frame, GM also will introduce more advanced technology allowing hands-free driving in some cases, she said.

We live on a planet, next to a star that's part of galaxy that's part of ... ah, here comes the new discovery. We are at the very tip of a giant galactic "supercluster." Take a look.