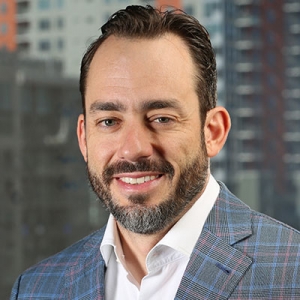 The free webinar, held over the Zoom video-conferencing platform, is open to the public. To register, visit www.sdpressclub.org.  The moderator for the Feb. 16 webinar will be Gayle Falkenthal, San Diego Press Club board member and owner of the Falcon Valley Group, a San Diego-based strategic communications consulting practice.

The webinar will include Lewis sharing his best writing tips he’s learned during his 25-year career, followed by a question-and-answer time. The “Write Better Right Now” webinar is part of an ongoing Press Club series featuring veteran journalists sharing their favorite writing tips they’ve learned during their careers. Webinars are recorded and a web link will appear on the Press Club website for viewing at a later date.

Lewis was born in Greeley, Col., and grew up in Salt Lake City. While attending the University of Utah, he began freelancing for the Salt Lake City Weekly, an alternative weekly, and worked there full-time after graduation. He spent a few years freelancing while moving around the country with his wife, a former U.S. Navy officer, before landing at San Diego's Daily Transcript newspaper in 2003. He joined VOSD in 2005 and became co-editor at the end of that year. He was named VOSD’s CEO in 2008 and editor-in-chief in 2013. He oversees VOSD’s operations, website and daily functions. He also writes about local politics.