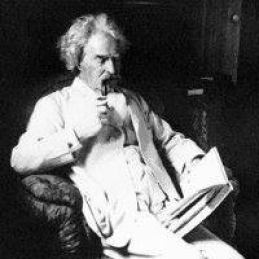 TwainFest is an annual event celebrating the 1800s with a specific focus on literature from that period, which is sponsored by Write Out Loud.  The Descendants Group has partnered with Write Out Loud in this event to present, among the other activities of the day, theatrical portrayals of people that actually lived in the San Diego Region during that period.

Previously these organizations have worked cooperatively in creating enjoyable and educational portrayals of people who actually were here in the San Diego region during the 1800’s.  Content, historical information, stories, etc. had been incorporated in performances by professional actors during the event that have grown to be extremely popular. In reviewing the events and preparing for the next TwainFest, the concept of dedicating one of the performance areas specifically to real people who lived in the region was adopted.  Although the goal of having real people recreated from San Diego history may not be completed in one year we have decided to make an annual outreach for new scripts and stories.  This effort will continue each year building a library of such pieces to be used for TwainFest or other events sponsored by these efforts to celebrate local history.

This is part of the ongoing activities of the Descendants Group to celebrate the people who helped develop the area we know as the greater San Diego Region.  Submissions of original monologues from 3 to 10 minutes in length are being solicited for possible inclusion in the activities of TwainFest, and possible other educational / entertainment presentations celebrating the targeted historical period.  The monologues are to depict real people who actually lived in the Region, share with the audience their individual stories and to get a glimpse of life in the 1800s.

Previous works have told the story of specific people and explored such topics as: Toys of the 1800s, Women Gambling acceptable in California, the Cattle Industry of Early California, the changing of the flag from Spain to Mexico, the real life people that the legion of Zorro is based on among others.

Monologues are to be written in the first person as spoken by the actual person who lived in the period speaking to a group of people who have come to San Diego.  The piece should assume the character knows nothing of today’s events or evolution.  The life of the character must be historically accurate and the slice of life must also be accurate.  Topics of inclusion may include historical events of the day, foods, clothing, politics, customs, lifestyles, daily chores, transportation, social interactions, etc. The selected pieces will be performed by compensated actors during the activities of TwainFest and performed several times during the course of the day’s activities.

Set up of piece should be introducing themselves to a group by identifying themselves then telling their story.  Within the context of their speaking they will share something about life in California during the 1800’s. Previous works have welcomed guests to San Diego and asked if they are looking for cattle or if they might be interested in gambling, then proceeded to expand on themselves and their slice of life.   A committee from Write Out Loud, Playwrights Project, and the Descendants of Early San Diego will review submitted material to select pieces which will be compensated at $100 each script.  We look to find 2 – 3 new scripts a year.   Depending on the quality of submissions there is no specific limitation on awarded scripts.  The committee may refer a script for assistance with the Playwrights Project, not be included at this time or compensated for submission.  Compensated scripts and authors will be announced at the annual Descendants Reunion weekend which is held the last weekend of June yearly.

Submissions will be accepted from anyone but must meet the criteria for the project.

Selected pieces will be compensated $100 each

January 2017 project to be announced and publicized.

Descendants Research Workshops, Web site, and Park resources can be accessed and are open to the public for historical research.  Dates of Workshops for 2017 to be announced on the Descendants of Early San Diego web site http://descendantsearlysandiego.weebly.com or

May 31 Deadline for submissions to be considered for compensation

June reading and evaluation of submissions with possible rewrites if required

July casting of pieces and preparation for performance