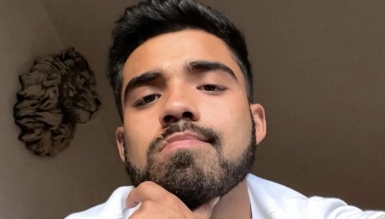 Photo:  Oscar David Rendon alleges he was assaulted in August 2021. At the urging of a college professor, he reported the incident to San Diego police in March 2022, his lawsuit says. Image via Facebook

In a lawsuit filed Thursday in San Diego Superior Court, Oscar David Rendon says Rodriguez-Kennedy sodomized him after a night of drinking. The civil suit, filed by Dan Gilleon, seek unspecified monetary damages of at least $25,000.

The nine-page complaint alleges that Whitburn was present in the same Ninth Avenue residence he shared with Rodriguez-Kennedy when the alleged assault occurred in August 2021. Whitburn is not accused of taking part in any assault.

“Whitburn … witnessed Rendon in a state of great intoxication, that Whitburn knew, or should have known, that Kennedy was likely to assault Rendon if he did not intervene … and that Whitburn left Kennedy alone with Rendon and took no steps to protect him,” the suit says.

The suit comes a week after Rodriguez-Kennedy, the sidelined San Diego Democratic Party chairman, celebrated a decision by the county District Attorney’s Office not to file sex charges against him.

The suit calls Rodriguez-Kennedy, 35, “a notorious alcoholic and sexual predator who preys on young men he believes might be impressed by his self-proclaimed power.”

In May, Rodriguez-Kennedy took a leave of absence from his party chairmanship amid investigations of nonconsensual sex allegations — which he called completely false. 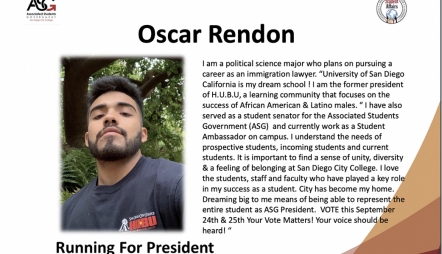 The suit attaches a police report filed in late March describing the alleged assault, saying Rodriguez-Kennedy was an ex-boyfriend of Rendon, now 23.

“Rendon was incapacitated due to his alcohol consumption and he did not consent to the sodomy,” says the SDPD report by Officer Timothy Stenberg.

“During my investigation, I noticed that RENDON was visibly shaken when he talked about the incident,” his report says. “At times during my interview, RENDON’s eyes began to well with tears. When asked to describe RODRIGUEZ-KENNEDY and his relationship, RENDON seemed disgusted when talking about it.”

Stenberg reported asking Rendon if he would like his information to be withheld from public records.

“Rendon took a long pause and said: ‘No, I want this public. It’s an election year and I want this out there,'” said the police report.

Rodriguez-Kennedy and Whitburn didn’t immediately respond to requests for comment.

But before the suit was filed, acting San Diego County Democratic Party Chairwoman Becca Taylor told Times of San Diego: “Our process in this [investigation of allegations] is ongoing, and the party is consulting with our legal counsel on next steps.”

Lawyer Gilleon, with four offices including Del Mar and downtown San Diego, is familiar to readers as the attorney in a series of headline-grabbing cases.

He represents the family of Raquel Wilkins, who fell to her death with her toddler son at Petco Park in September 2021. The family disputes a police conclusion that the incident was a murder-suicide but has yet to sue the city.

It’s unclear whether Rodriguez-Kennedy is still a member of the Democratic National Committee. He also served on the executive board of the California Democratic Party and was president of California Young Democrats from 2018 to 2021.

This story will be updated.