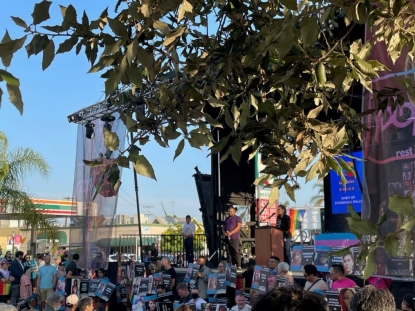 July 22, 2021 (San Diego) -- Thousands of people flocked to the Hillcrest area this weekend from across San Diego County for the region’s annual pride weekend.

The event was cancelled last year due to COVID-19 and resumed this year on a smaller scale, without traditional floats in their parade.

The neighborhood block party was opened at a limited capacity to ticketholders and launched Friday with a rally featuring speakers and allies across the LGTBQIA community.

The Very Rev. Penelope Bridges of St. Paul’s Episcopal Church in the Hillcrest neighborhood had a message of inclusivity for the community.

“I am a Christian I have promised to strive for justice and dignity for every human being,” said Bridges, whose congregation is not only open but also affirming of the LGBTQIA community.

“I believe in a God of justice and mercy, a God who created every single one of us and delights in who we are. I stand here this evening to life my voice to call for the passage of the Equality Act,” Bridges added.

The Equality Act prohibits discrimination based on sex, sexual orientation, and gender identity, and if passed would allow transgender youth and adults to play on the team of the gender that he/she/they align and identify with.

The Equality Act was a hot topic at the Friday rally because it still has not been passed.

In 2020, 29 states still had not affirmed equality or protection for the LGBTQ+ community.

The San Diego Black LGBTQ Coalition, the only black LGBTQ non-profit in San Diego, received an award during the Friday ceremony. During this period, a memorial was held featuring photos of black and minority transgender and queer individuals who were killed this year.

According to the National Center for Gender Equality, as well as data cited from the U.S. Transgender Survey, in 2020 black transgender women were more likely to be killed than black non-binary people, and black transgender males.

There is no data on the number of LGBTQIA individuals in the East County area, reaffirming a potential need for better census data for marginalized and minority communities. 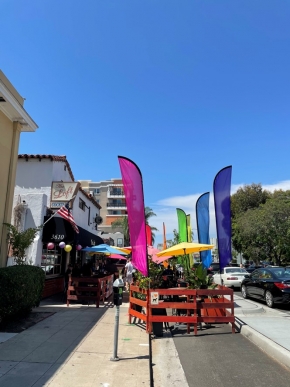