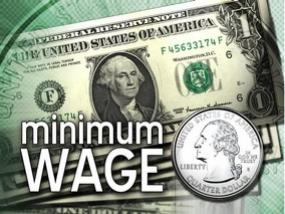 February 8, 2016 (San Diego) – Voters in the city of San Diego will decide in November whether the minimum wage should be raised for all workers within the city limits.

The City Council voted to place the measure on the June primary ballot, after opponents collected enough signatures to force a public vote.

The measure would provide raises to an estimated 172,000 city residents and sick leave to 279,000 workers if approved.

Supporters say the measure will not only help workers, but boost the local economy by giving workers more disposable income to pump back into the economy.

Opponents contend that the initiative would hurt businesses however, particularly smaller mom and pop companies already struggling to compete.

Our area is among the most expensive places to live in the US. Housing, food, and gasoline all cost more here, and so do utilities like water and cable TV. Don't forget So Dam'n Greedy and Expensive, AKA San Diego Gas and Electric! Lower income people pay a larger percent of their income for their basic services.
http://www.sempra.com/

Yeah! And if they do get a higher wage that allows for more than basic food, shelter, and clothing they'll probably just save it instead of spending it on things like pizza's, bookstores, and other luxury items they don't have to have!
Why is the government or even voters permitted to vote on what an employer pays or what benefits they receive. This is ridiculous. Our government is out of control and should not be voting on things like this. Maybe we should take a vote and dictate that everyone must shop at Walmart because Costco requires you to pay a fee to get through the door.