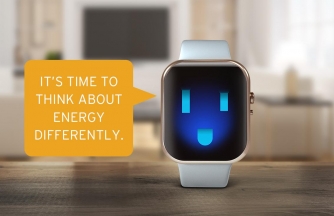 February 22, 2019 (San Diego) – San Diego Gas & Electric (SDG&E) has announced it will roll out new time of use rates, as an alternative to tiered rates. The rollout will be done in stages starting in March, with nearly all residential customers slated to be on the new plan by the middle of next year.

“The transition to Time-of-Use plans marks a big milestone in California’s journey toward a clean energy future,” said SDG&E vice president of customer services Scott Crider. “We are committed to helping our customers through this transition.

Customers may pay more or less per kilowatt-hour, based on when they use electricity under the time of use rates, instead of those who use the most power overall paying the highest rates, as is the case under the tiered rates.

Using electricity between 4 p.m. and 9 p.m. will be the most expensive, when demand peaks due to customers turning on appliances and air conditioning after the work day.  Using energy in the morning or late at night, by contrast, will cost less – at times when solar and wind generation are most available.

Energy will be priced by on-peak, off-peak and super off-peak, with rates also varying by season and a maximum rate of 45 cents per kilowatt hour. Customers will be notified 90 days before the rollout and will have an option of two time-of-use plans, or staying on the tiered system. Those who don’t make a choice, however, will be automatically enrolled into one of the new programs.

Not sure which will be most beneficial?  The state law also requires SDG&E to provide you with a “shadow bill” for the first year, which will show you whether you’re paying more or less  under a time of use system than under the tiered rate system. If you wind up paying more under time of use, the difference will be credited to you, the San Diego Union-Tribune reports.

Medical baseline customers who need life-sustaining equipment 24/7 will be exempted, along with low-income customers in hot climate areas such as the desert.

The change is due to a state mandate under Assembly Bill 327 enacted in 2013, which requires utilities to adopt time of use programs.  The rollout follows a pilot program that has already been tested by some local residents.

Under time of use, there are no high usage charges. However, just as in the tiered-rates system, customers will pay more when they exceed 130 percent of their baseline. It is anticipated that some homeowners may invest in battery storage systems and solar panels to save up solar energy and use it after dark.

Not everyone is enamored with the idea.

Lakeside resident Barry Treahy invested in a solar system but says he has been disappointed by how little SDG&E pays for solar power that his system generates.  “Charging us as much as 45 cents when we get paid less than 4 cents? Explain that,” he says, adding that he views the reimbursement rate as a “ripoff.”

This Care program is well and good for beneficiaries, however I believe all "ratepayers" dig into their pockets for those funds, that SDG&E so eloquently disperse as their pet "good Samaritan" propaganda program. An "unlawful" welfare program at best. Free is good...............?

I turned my A/C off years ago then they tried this. It took many hours with the A/C on HIGH ccool my house, never again.

Yes, I've been on their CARE program for many years and it does indeed help. Although the rates for this are continuing to rise as well, it is a blessing to quality. I estimate for myself, they're around 50% higher this year due to the tiered system. Additionally, I'm also using more energy due to the colder Winter this season. Hopefully the coming Summer won't be too brutal, thus having to use my A/C more than I normally would. We shall see.
Higher utility costs for the consumer, no surprise there. We've been expecting this for quite some time.

I did and my bill was only about $30 this month.  If you qualify, sign up.  Though I wonder if those rates are gonna get higher too?