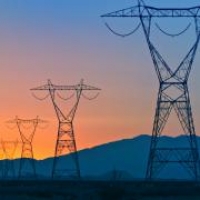 “Putting the Sunrise Powerlink into service is the final milestone in a complex and challenging energy project that ranks among the largest and most significant in the history of San Diego Gas & Electric,” said Jessie J. Knight, Jr., chairman and chief executive officer of SDG&E.

Energizing the line was not without glitches.  On June 18, the first day power surged through the lines, a transformer fire occurred in Alpine, where an underground section of Powerlink connects up with overhead power lines.  SDG&E sensors detected the fire, which was swiftly doused with no damage to structures.

Back in 2009, retired Cal Fire Chief Robeson voiced fears that Powerlink could increase fire danger in East County by impeding firefighting around energized lines:   http://www.10news.com/news/23799800/detail.html.  The state’s EIR referred to the line as a “severe and unmitigatable fire risk.”

The line will carry 1,000 megawatts of power, or enough to power 650,000 homes. Capable of bringing initially up to 800 megawatts of additional imported power into San Diego, the Sunrise Powerlink will play an important role this summer, with the San Onofre nuclear facility still offline due to as yet unresolved issues.

“The timing for completion of this important new transmission artery could not come at a more critical time,” said Steve Berberich, president and chief executive officer of the ISO.  “Sunrise Powerlink is more valuable today than when it was conceived because of the significant reliability benefits it brings helping to compensate for the loss of power from the San Onofre power plant this summer.”

Sunrise Powerlink consists of more than 110 miles of overhead 500kV and 230kV transmission towers and conductor, 6.2 miles of underground 230kV cable and a 40-acre, 500kV transmission substation, which reduces the voltage for use by homes and businesses.  More than 4.7 million work hours were required to complete the project – the equivalent of 2,260 people working 40 hours per week for a year.  Because nearly 75 percent of the tower locations required helicopters to set the tower structures for environmental reasons, it took more than 28,000 flight hours to complete the aerial construction.

In the near future, the Sunrise Powerlink could deliver a significant amount of wind and solar power to San Diego from massive--albeit controversial--desert projects.  Over the past three years, SDG&E has signed eight renewable agreements for more than 1,000 MW of solar and wind power from projects in Imperial County, which would be transmitted across the Sunrise Powerlink.

Pending litigation over large projects such as Ocotillo Express Wind, however, may impact whether such projects ultimately come on line.  Four lawsuits have been filed to date seeking to halt the Ocotillo project; other industrial-scale energy projects also face mounting opposition over impacts on the environment and wildlife, health of nearby residents, and Native American cultural resources.

For more on the Sunrise Powerlink, visit SDG&E’s photo and video page