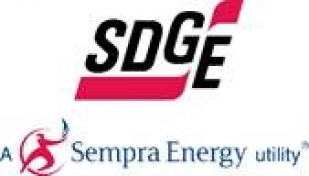 December 4, 2018 (San Diego)  – San Diego Gas & Electric (SDG&E) has filed a request with the California Public Utilities Commission (CPUC) to eliminate the state-mandated high usage charge, which impacted more than 105,000 customers this past summer. Eliminating the charge for high energy users would minimize bill spikes during months when energy usage is high.

“It was a challenging summer for our customers, particularly for people who experienced dramatic increases in their bills due, in part, to the high usage charge,” said Scott Crider, SDG&E’s vice president of customer services. “We’re committed to doing everything we can to develop proposals that provide some relief to high bills, and we’re starting with requesting to eliminate this charge.”

The company is also exploring other proposals over the coming months. Ideas include eliminating seasonal pricing to stabilize bills, shifting the timing of the climate credit into a one-month lump sum in August to create meaningful savings in a month when bills are higher due to increased energy use, and conducting a new baseline allowance study to reflect changing climate and energy choices. Eliminating the high usage charge along with the other proposals would create real utility cost savings for families.

Pending approval by the CPUC, SDG&E hopes to eliminate the charge prior to the start of summer pricing which begins June 1. Residents can also avoid the high usage charge by enrolling in one of several Time-of-Use (TOU) pricing plans which are not subject to the charge. More information about TOU plans can be found at https://www.sdge.com/whenmatters